Although some Kappa Cygnid activity will be seen by observers in the lead up to Perseid maximum, the peak of this minor shower occurs in mid August, probably around August 18. Visual observation will be best before midnight because of the waning Moon.

Rates are generally low and meteors are slow, but occasional bright fireballs (possibly in periodic bursts every 6 to 7 years) have been seen from this source. There are also suggestions of a decades-long periodicity in rates.

Interestingly, the shower shows up rather strongly in the radar monitoring of the CMOR system , indicating that there is also a significant contribution from small particles that are too faint to be readily seen with the naked eye.

The position of the radiant, on the border of Cygnus and Draco, is shown on this chart: 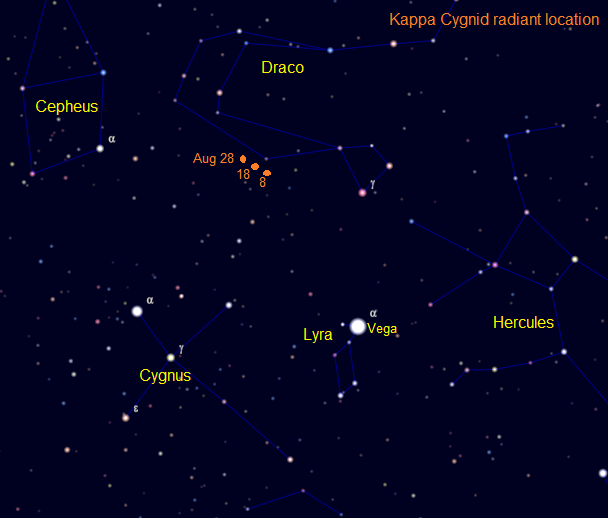