September is often overlooked by many meteor observers due to there being no major meteor showers active. However, it is around this time of the year that sporadic background activity peaks and a number of minor meteor showers are also active.

The Alpha Aurigids start in August and peak at the August/September transition.  Dramatic enhancements of Alpha Aurigid activity have been seen in some years, and there’s a possibility of some enhancement around 2200 on the night of 12th August, when the ZHR might reach 24.

This chart shows the radiant location, with the UK horizon shown for the early hours of the morning – note that the radiant is closer to Delta Aurigae than to Alpha Aurigae (Capella): 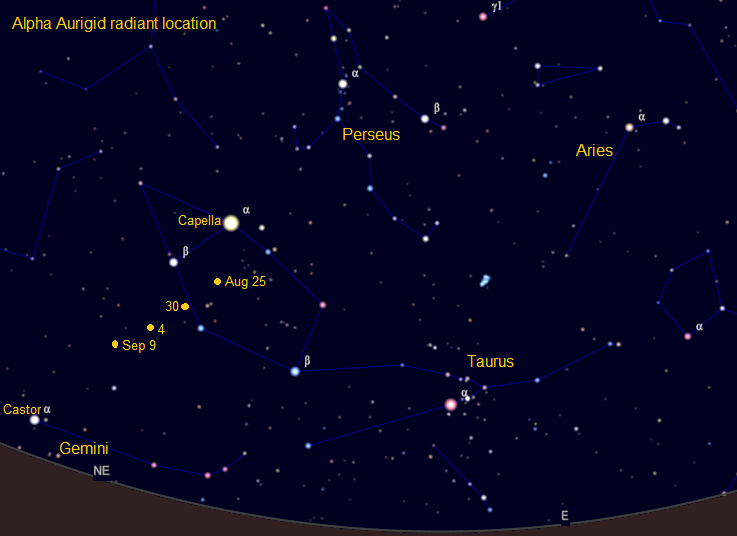 The September Perseids (sometimes referred to as the Epsilon Perseids) peak around the 9th of the month. The shower is properly observable from the UK by 22h UT, and can be watched thereafter all night. The Moon will be close to Full however and will wash out the sky.

This chart shows the radiant location, with the UK horizon shown for the middle of the night. Note that at maximum the radiant lies close to Beta Persei (Algol) rather than Epsilon Persei. 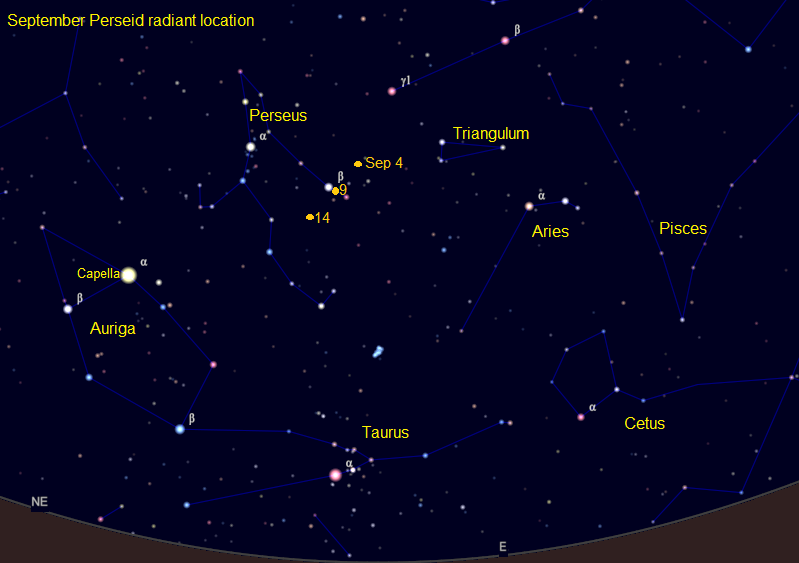 Later in the month we start to see the start of activity associated with numerous meteoroid trails left behind over the millennia by comet Encke. Indeed, from mid September the IMO lists the Southern Taurid shower, rather than listing the more general Antihelion source in its shower listing.