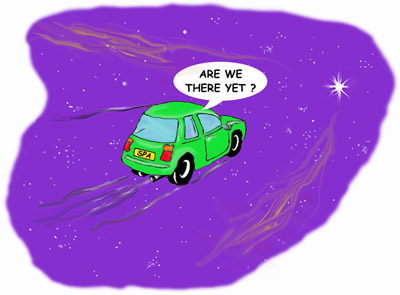 Light speed Light speeds along at 186,000 miles per second. So everything you see actually took place a short time ago. This really makes a difference when you look into space. You see the Moon as it was 1¼ seconds ago, and the light left most stars tens or even hundreds of years ago.

According to Einstein’s Theory of Relativity, this leads to odd effects. Here’s a limerick about it:

There was a young fellow named Bright
Who could travel much faster than light
He went out one day
In a relative way
And came back the previous night.

(This isn’t really true but it sounds good)

A real turn-on The light from the star Arcturus was used to open the 1933 Chicago World’s Fair because it was then thought that the star was 40 light years away. So the light would have left the star in 1893 when the previous fair was held. But we now know that Arcturus is only 36.7 light years away, and the light that was used actually started its journey in 1896.

Helluva place There is a crater on the Moon called Hell. But it is named after the Hungarian astronomer Maximilian Hell (1720-1792).

It’s been a long day Did you know that the planet Mercury spins so slowly upon its axis that one day on Mercury is equal to 58 days 15 hours here on Earth!Wrong guy You know all those pictures of Neil Armstrong on the Moon? They’re actually of Buzz Aldrin. Neil Armstrong was the one who took almost all the photos. 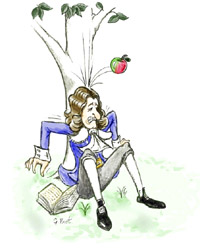 A matter of some gravity Everyone has heard that Isaac Newton thought up his Theory of Gravitation when an apple fell on his head. But it isn’t true – at least, not quite. He did say that the idea occurred to him when he saw an apple fall, and wondered if the force that pulled the apple towards the ground was the same one that kept the Moon in its orbit, but not that it hit him!

Save your pennies!  When the space shuttle Endeavour was constructed it cost a total of $1.7 billion dollars… that’s a lot of pocket money. 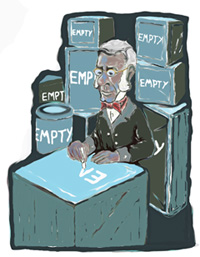 The former Astronomer Royal, Sir George Biddell Airy, liked to have everything arranged correctly and didn’t like mess or clutter. He once spent an entire day in the basements of the Royal Observatory at Greenwich writing the word ‘Empty’ on the empty boxes that were stored there.

300 million years ago  There were no separate countries on Earth. All the land was gathered together in one giant mass known as Pangaea. The land started to drift apart around 200 million years ago to form the continents we know today. The charts below show Pangaea and its breakup 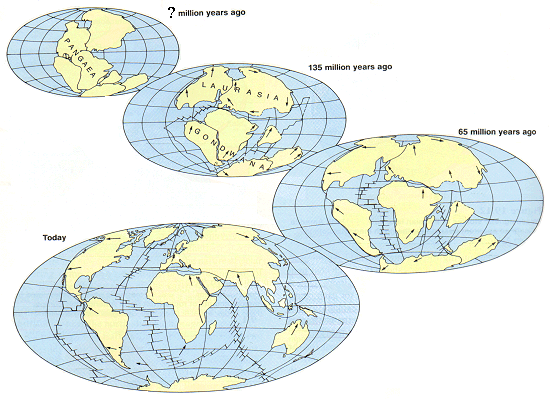 The post of Astronomer Royal  has been held by 15 different astronomers including Sir John Flamsteed, Sir Edmond Halley and Prof Arnold Wolfendale. The current AR is Sir Martin Rees.

Venera 7  was the first space craft to successfully land on another planet. It landed on Venus in 1970 but was only able to transmit the temperature of the planet which was recorded as 475 degrees Celsius. The descent capsule of Venera 7 can be seen on the right. 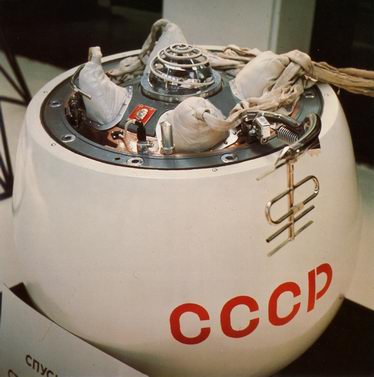 Uranus is a strange world as it doesn’t rotate like all the other planets but actually spins on its side!

VY Canis Majoris is the largest known star. If you were able to fly across the surface of the star at a speed of 900 km/h (559 mph) it would take you 1,100 years to circle the star once.