RY Draconis is an easy star for the beginner to find, as it lies not far from the naked eye Kappa Draconis. RY Draconis is an example of a carbon star. A red giant that has large amounts of carbon within its atmosphere. RY Draconis is usually classified as a semi-regular with an extreme range of 6.0 to 8.0 and a possible period of 200 days. As this star is circumpolar, it can be observed all year round.

RY Draconis, like all carbon stars, is a very red star and this can make it hard to observe. One problem facing variable star observers is the Purkinje Effect. This is when red light builds-up on the retina, so as you stare at a red star, the star appears to get brighter and brighter. When making visual estimates of red stars, it is best to take brief glimpses and not too stare at the star for any length of time. It may also help to slightly defocus the star, to diffuse the colour. Mist and moonlight can also affect your ability to estimate red stars accurately; so it is best to observe red stars when the sky is dark and clear. 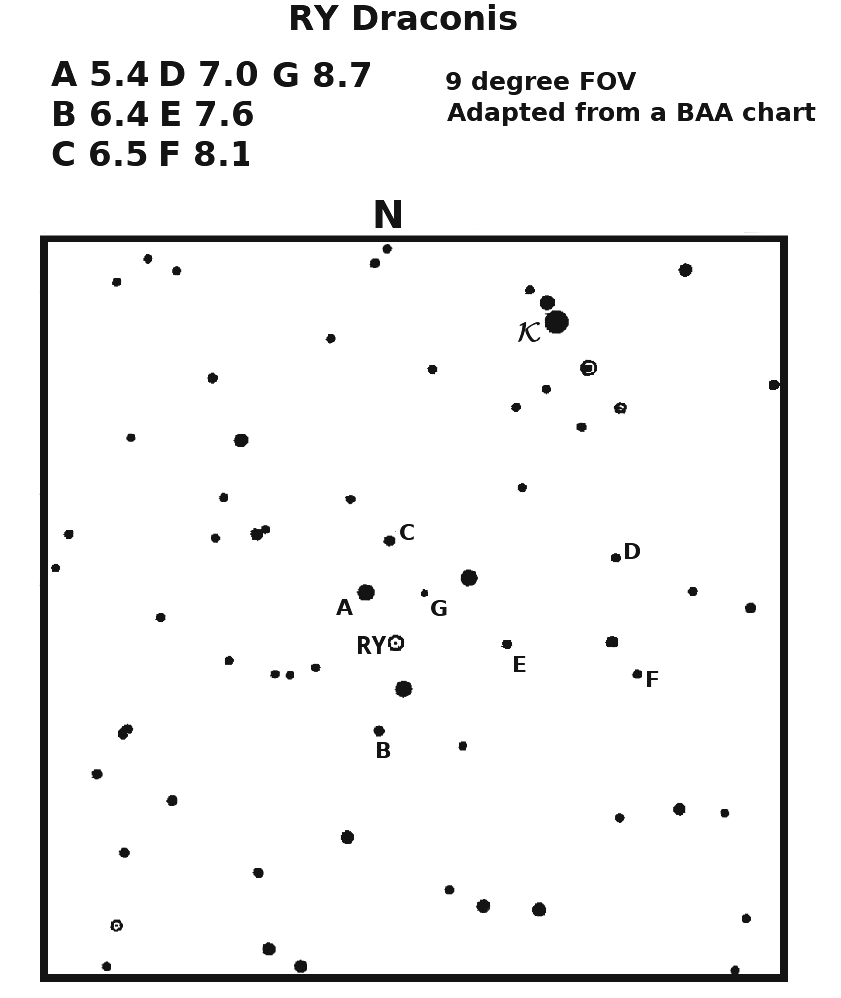