A star that shows periodic variations in brightness, sometimes with a range of over a magnitude, over the course of about 7 months (supposedly). 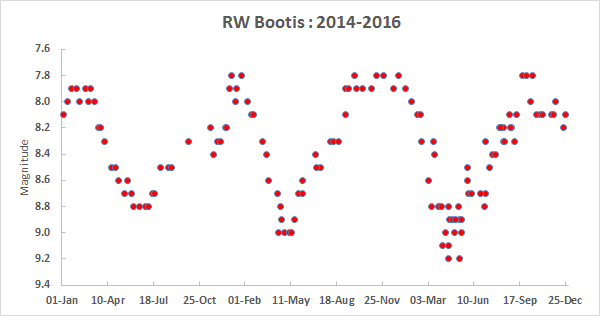 RW Bootis is a red giant star. The brightness changes seen are due to pulsations in the star’s outer layers.

It is classed as being a semi-regular variable star. This means that it shows periodic variations, but these don’t repeat exactly from one cycle to the next. The brightness range in some cycles will exceed one magnitude, but may be smaller in others.

The finder charts which follow show the location of RW Bootis. North is at the top in each case.

The first shows the position of RW Bootis relative to the brighter starts of Bootes. 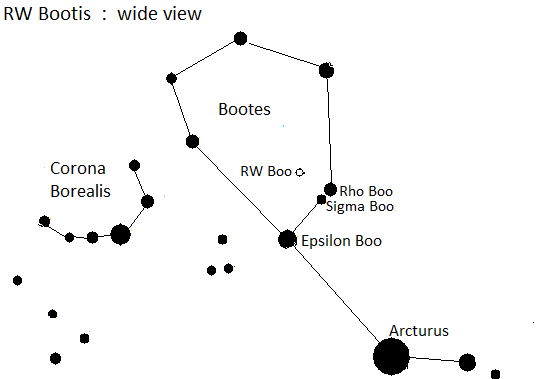 The second chart, which is approx 7 degrees by 5 degrees, shows the area around RW Bootis in more detail.

You can use the lettered comparison stars to make brightness estimates of RW Bootis.

When locating RW Bootis, bear in mind that it might be brighter than comparison D or might be as faint as comparison F!

RV Bootis is another semi regular variable, but is usually somewhat fainter than RW Bootis. 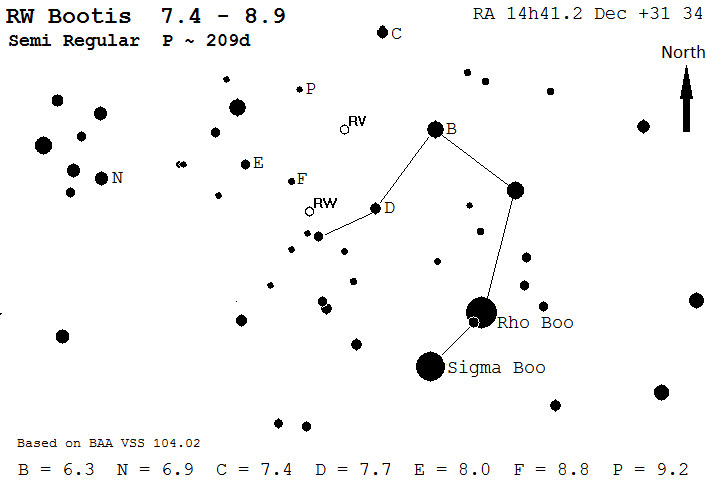