An eclipsing variable whose brightness changes can be followed using the naked eye. 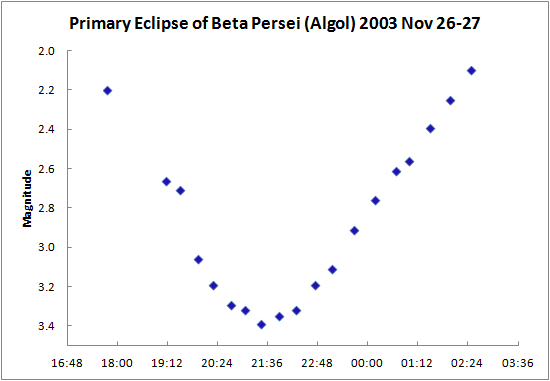 The brightness changes of Algol have been known about for over a thousand years, but the correct explanation for them was not made until the 1780s.

John Goodricke correctly explained that the Algol system actually contains two stars in close orbit around each other. The orbital plane is edge on from our vantage point and so the brightness drops when the fainter of the two stars passes in front of the brighter star, blocking out its light.

There is also a secondary eclipse when the brighter star passes in front of the fainter star, but the brightness drop in that case is too small to be easily spotted visually.

Primary eclipses occur every 2 days and 21 hours. They last for just over 9 hours.

You can follow the brightness changes of Algol by comparing its brightness with that of the lettered comparison stars marked on the below finder chart.

Although the brightness changes can be followed using the naked eye, some care is needed. In particular, try as far as possible to use comparison stars that are at a similar altitude above the horizon. This is necessary as stars lower in the sky might be dimmed by haze. 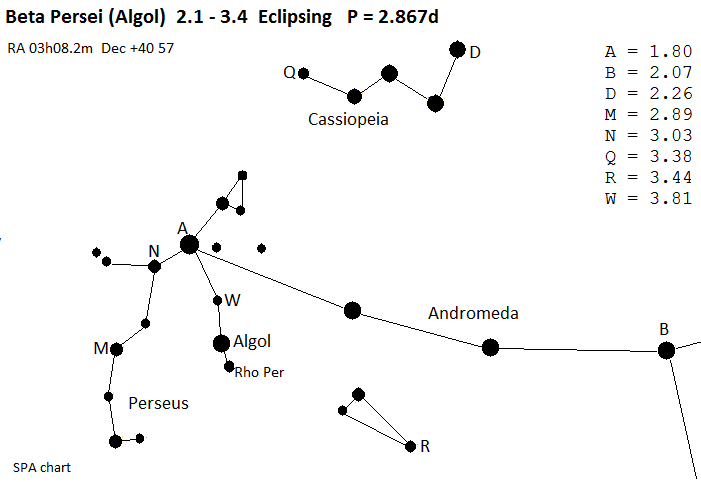