An major outburst of the recurrent nova RS Ophiuchi has been reported. It was seen at magnitude 6.0 on Sunday 8th August at 22h 20m UT by K. Geary of Co. Cavan in Ireland, and at magnitude 5.0 by A. Amorim in Brazil.

This star spends most of its time at around magnitude 12.5, but occasionally it undergoes a significant brightening. The last major outburst was in 2006, when it reached magnitude 4.5.

The outbursts tend to fade quickly, so if you want to observe the star at maximum you should make every effort to locate it as soon as possible. It is well placed in the evening sky and is on the meridian at about 21:30 BST. 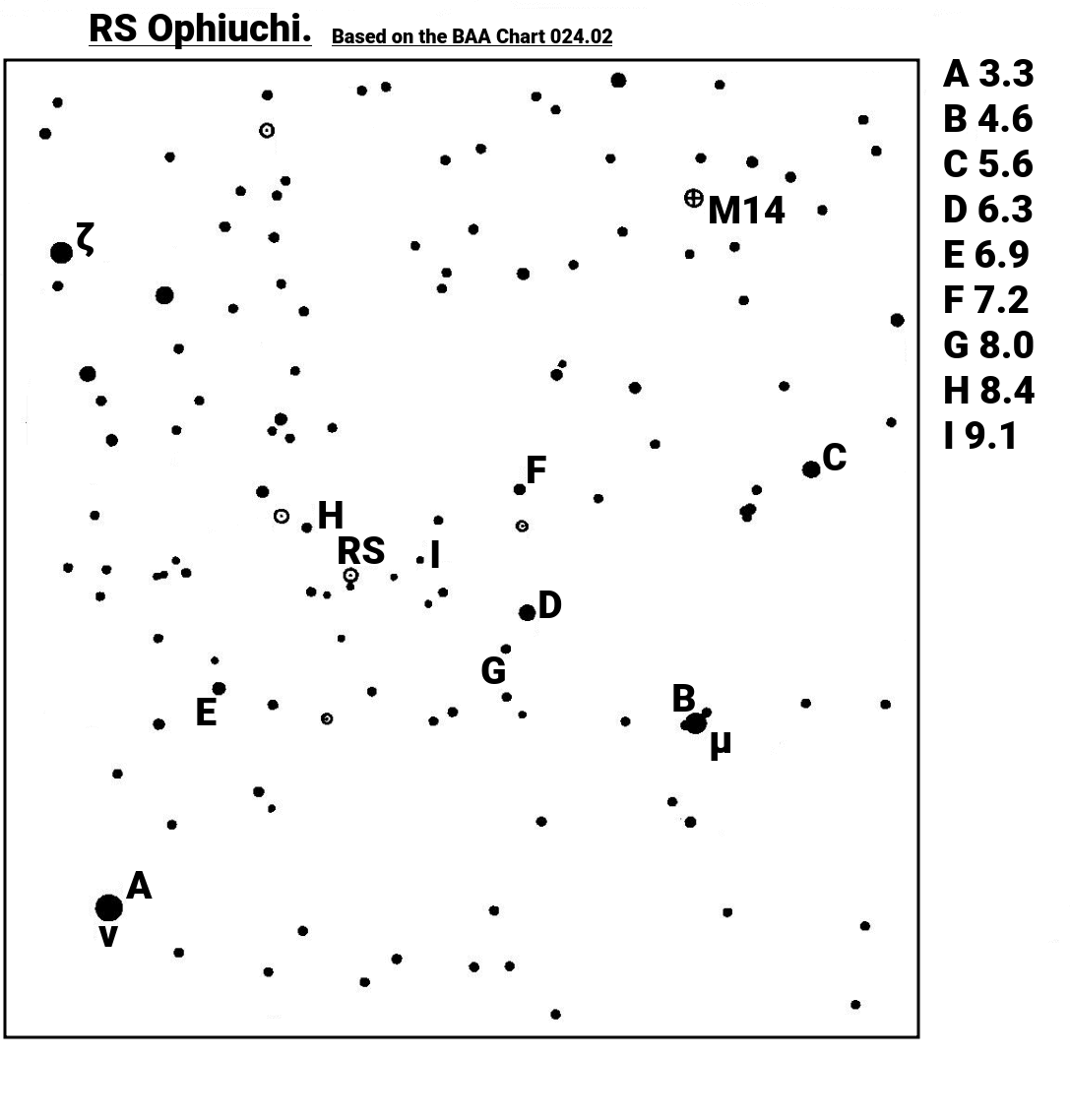