With Mars sinking steadily lower into the western evening sky, getting smaller and fainter with each successive evening, I was surprised but very pleased that results were still available from the red planet during this two month period. Visual observations usually stop some little time after Mars slips below 10 arcseconds in apparent size but modern planetary photographic techniques have considerable extended the observing season and despite Mars approaching 4 arcseconds in May useful observations were still made.

The first came from Mark Beveridge from April 01 and clearly show Syrtis Major as a dark surface feature with extensive cloud in both the southern hemisphere and around the north polar regions. This period is a transitional one for the Martian climate with the northern hemisphere moving from spring towards summer and the southern from autumn towards winter. This means the northern ice cap is thawing and releasing water vapour and carbon-dioxide gas and that fog and, eventually, frost will start forming in the low-laying regions of the south.
Mark’s image shows this process in action, despite the low resolution that you would expect on a target just above 5” in size. This was followed by several images from Martin Lewis taken on April 11 and 13 showing some detail in the broad empty region stretching between Amazonis and Elysium. Again thin mist is visible in the south with an obvious white cap in the extreme north. This visible cap starts at around 67 degrees north latitude so is most probably cloud rather than surface ice at this time.

My own image from the 15th is an infrared and blue light composite taken in less than perfect conditions that did not allow me to capture clear cloud detail, only some surface albedo features. It is similar in many ways to that sent by Mark from the night before and these sparked an email discussion on the optimum focal length required for planetary imaging; more of which later. Martin Lewis then sent an image from Apr 20 with the Tharsis bulge and associated volcanoes straddling the central meridian; again he has captured polar cloud at around 70 degrees North.
As we move into May I must mention that a few observers managed to see Mercury low-down in the western evening sky early in the month. Tony Titchener usually sends me visual observations but on this occasion he took some atmospheric wide-field views of Mercury in evening twilight from May 06. Its 67% illuminated phase is just discernible in his well exposed pictures. After this we had some more Mars observations from Martin Lewis.

Martin is attempting to get reasonable images from Mars for as late in the season as possible before Mars moves into conjunction with the Sun. He managed three more imaging sessions being on the 6th, 30th and 31st of May. With Mars so small from our point of view it is important to choose only those evenings with the best seeing and, fortunately, there was some high-pressure weather systems over the UK in both early and Late May. His image from May 06 repeats the Syrtis Major view seen by Mark Beveridge from early April but, this time, at just 4.5 arcseconds in size. There is less general cloud on view but detail is good enough to see the remnants of dark features within the deep Hellas basin just south of Syrtis Major.

These features were clearly seen close to opposition but are hard to resolve now and they will soon be lost to cloud and frost. They may well stay invisible to us until the Earth-Mars relative positions return to similar ones that we enjoyed last October; possibly September 2035! Martin’s images from late May show once again an aspect centred on the Tharsis bulge but detail is softer than before with an apparent size approaching 4 arcseconds pole to pole; let us wish him luck in getting Martian detail from below 4 arcseconds size!

In late May I was very pleased to get the SPA’s first reported observations of Jupiter and Saturn. Larry Todd was able to capture the pair on a number of mornings and at a sensible altitude above the horizon. This year Jupiter and Saturn will both reach opposition in August and at an altitude, as seen from the UK, of roughly twice what they achieved last year. This should mean improved opportunity for seeing and photographing cloud detail. Larry caught extremely good seeing from the 23rd of May with a beautifully crisp Saturn image showing the full Cassini Division in the rings and hints of the much harder to resolve Enke Division. The North Polar Regions are tilted towards us and this tilt will increase slightly towards opposition giving a chance to see the hexagonal cloud formation surrounding the North Pole.

The Jupiter image shows that there have been some changes since it was last clearly seen. The normally pale Equatorial Zone is now a striking yellow / ochre colour, particularly in an obvious central equatorial band, slightly disrupted to the north by festoons. Both the South and North Equatorial Belts are very thin with the SEB in particular being pale and split into multiple thin bands. The Great Red Spot has an obvious ‘eyebrow’ of dark material wrapped around the northern half and, on the evidence of this image, appears to have shrunken noticeably since we last saw it. This should be a good Jupiter observing season and it will be interesting to see if the GRS is, in fact, smaller now than in any other periods of human observation!

I referred earlier to a discussion between me and Mark Beveridge on optimal focal lengths for planetary imaging. Without getting too mathematical it is fairly easy to work out the ideal focal length that should be used with any telescope to best resolve the detail the telescope is capable of at any given wavelength of light. Telescope resolution, under ideal seeing conditions, depends on the clear aperture of the primary lens or mirror and readers may well be aware of the things like the Rayleigh Criterion or the Dawes Limit, both allow a calculation of the angular size of the smallest thing a telescope can resolve.

When imaging there is a complication known as ‘sampling rate’ which requires that a minimum of two pixels on the camera must cross the resolvable size limit to ensure it doesn’t merge into surrounding detail. With this in mind we can use an equation based on the Rayleigh criterion.

The factor ‘2063’ is doing a lot of heavy lifting here in that it converts radians into arcseconds and works with the aperture and wavelength to define exactly 2 camera pixels are illuminated to the Rayleigh Criterion at the output focal length (FL). Why is this useful? When we take pictures it is a temptation to use ever bigger Barlow lenses to increase the image scale but pushing the FL up beyond the 2 pixel to Rayleigh Criterion results in dimmer images with no gain in resolution; this is ‘over-sampling’. On the other hand not enough FL means the camera can’t resolve the best detail; this is ‘under-sampling’. Many imagers use infrared filters to help cut through poor seeing conditions. Using the equation with a typical IR filter of, say 742 Nm and a camera with 3.75 micron pixels and a telescope of 280mm aperture we get a focal length of 2920mm as ‘ideal’.

Using Mark Beveridge’s C11 SCT telescope we find this is very close to its native focal length of 2800mm and a Barlow will not help resolution unless seeing conditions are close to perfect. At the blue end of the spectrum the calculation gives us a FL of 5415mm so in all cases a 2 times Barlow will cover the resolution limits of this telescope throughout the visible spectrum and the IR.
With bright targets like Mars, Jupiter and Saturn, a little oversampling is not a problem as it is better than losing resolution by undersampling. There is also some speculation that the Rayleigh limit is slightly conservative with modern imaging techniques and equipment but I suggest you do this calculation for your own telescope and camera to see if there is really any advantage in buying a new super-high powered Barlow lens! 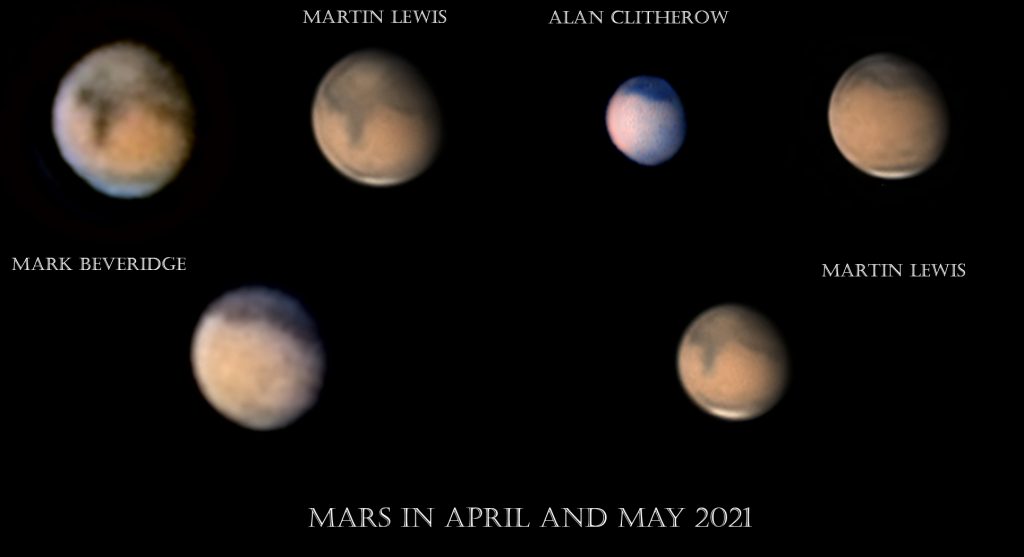 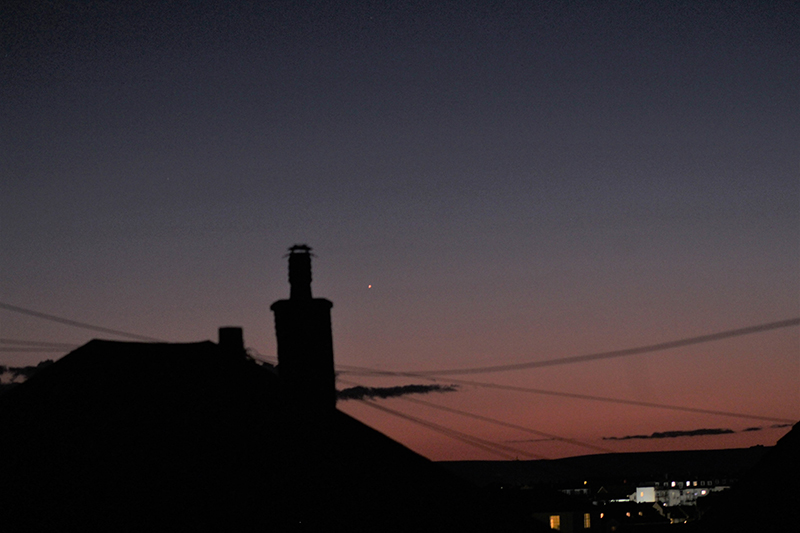