My thanks to Mike Clarke for contributing this superb watercolour painting depicting the occultation of the magnitude +7.3 star TYC 5232-1728-1, which took place on Saturday 8th January at 16h 37m UT. Mike noted that “In spite of the very bright conditions the 7th magnitude star was extremely easy to see.” Click anywhere on the image to see Mike’s larger version.

Paul managed to time the disappearance of the magnitude +7.8 star XZ 6418 (HIP23333) on January 16, from his location in Macclesfield, using a 10â€³ reflector at 150x magnification. Paul graded the seeing conditions as ANT II, and reported:

â€œIt was touch and go, trying to see the star against the bright Moon. I had to employ high power to see the magnitude +7.8 star XZ6418 (x150), but once I had it then I was able to keep the star in view by slowly nudging the telescope. The star disappeared at 19h 22m UT, between the craters Bailly and Wargentin, near the Moonâ€™s Southern pole .â€œ

Mike witnessed the occultation of NGC 1746, an open star cluster in the constellation of Taurus. 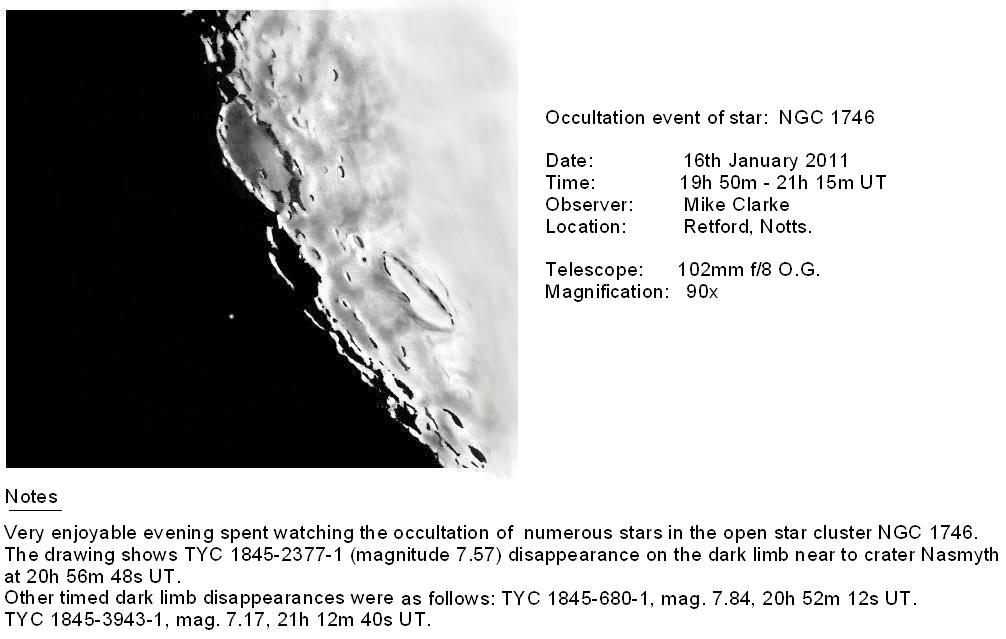 My thanks to Mike Clarke (Retford, Nottinghamshire) for his report on the disappearance of 1 Geminorum on the 17th January. Mike’s detailed report is shown below. 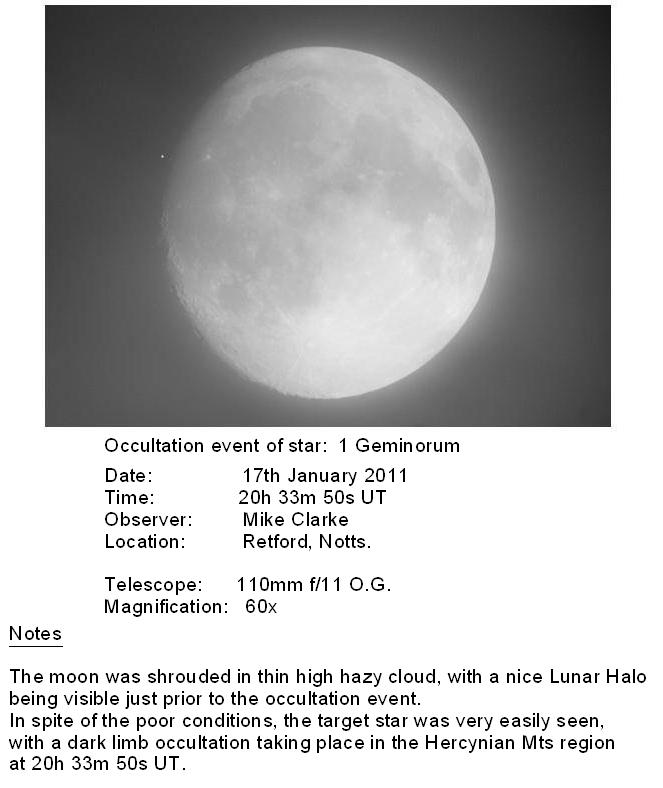