How to determine the Limiting Magnitude

In order to compare the results of different observers, observing under different sky conditions, meteor groups, such as the SPA Meteor Section and the IMO, convert the observed meteor rates into a standardised value, the ZHR. This measure is based on the number of meteors that would be visible under ‘ideal’ conditions when it would be possible to see stars as faint as magnitude 6.5. In order to be able to convert observed meteor rates to the standardised ZHR, we need to know the value of the Limiting Magnitude (LM) at each observing site at the time of the observations.

There are several different methods that can be used to determine the Limiting Magnitude: 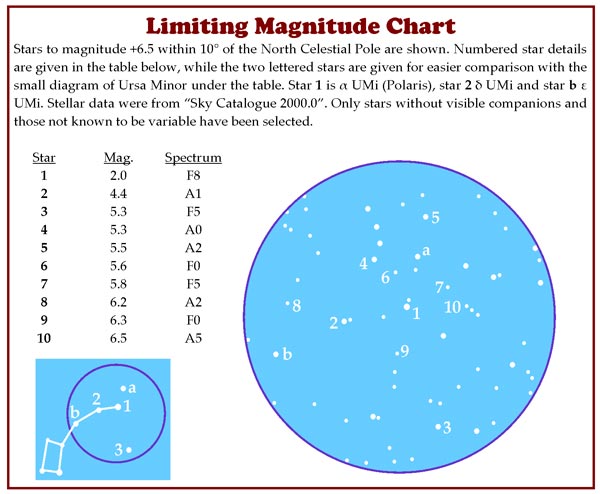 You identify the faintest of the numbered stars that is visible and record that as your Limiting Magnitude.

In practice, however, you may be looking at a different part of the sky whose darkness may differ from that of the northern sky, so this won’t always be the best method.

An alternative method is to check the visibility of particular stars in the region of sky that you are viewing.

This is trickier to organise as the area of sky chosen will be different for each meteor shower during the year and you may well also change the area being viewed during the course of a meteor watch.

Below are two charts that can be used to determine the Limiting Magnitude during Geminid meteor watches. They show an area of sky that is 30-40 degrees from the Geminid radiant and at around 50 degrees altitude at the times specified. 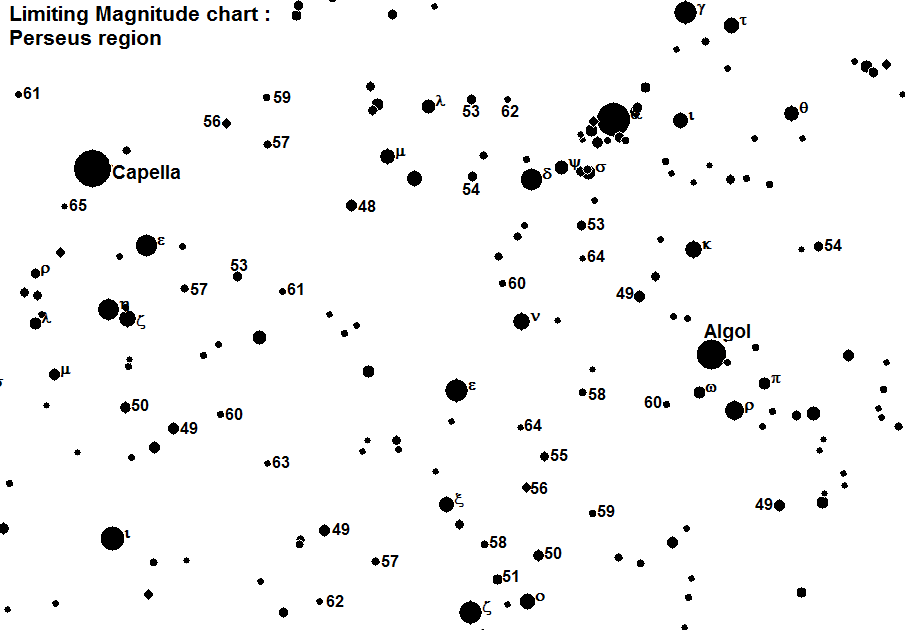 The first chart shows stars in the Perseus/Auriga region and is suitable for meteor watches in the mid to late evening.

On the chart, the magnitudes of stars are shown with their decimal points omitted. Thus, for example, ’48’ labels a star of magnitude 4.8.

You then look to see which is the faintest of these stars that you can see … and that will be your Limiting Magnitude.

In practice, of course, you won’t want to be checking the visibility of large numbers of these stars – just pick a few possible candidates before you go out to observe and then look to see if these are visible.

Remember also that sky conditions can change over time, so if the Limiting Magnitude does change during the course of your meteor watch, make a note of this in your report.

The second chart shows the area below the Plough. This chart will be suitable for use during Geminid watches from around midnight onwards. 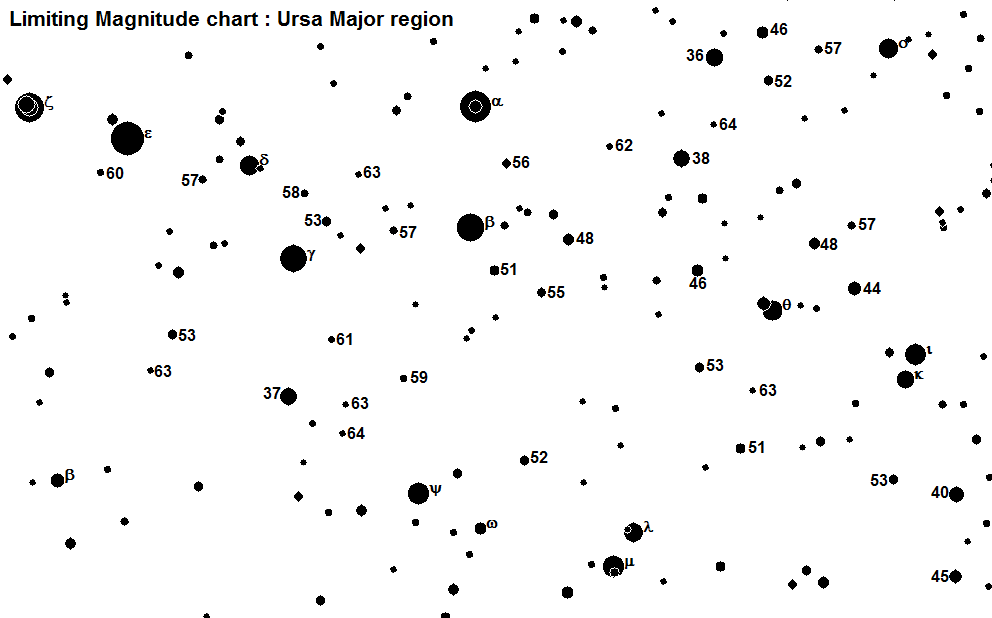