On 22nd September at 03h54m UT, multiple stations across Europe detected an earth-grazing meteor. Earth-grazers are meteors that hit the atmosphere at a shallow angle, and so instead of burning up, they pass through and return to space a little lighter and in a different orbit.

This particular meteor entered the atmosphere over Germany, travelled over the North Sea and left the atmosphere again over central UK. Marco Langbroek of the Dutch Meteor Society estimated that it entered at about 100km, and at its lowest was 90km high before it passed out of the atmosphere again at around 100km. It had a velocity of around 30-35 km/s. 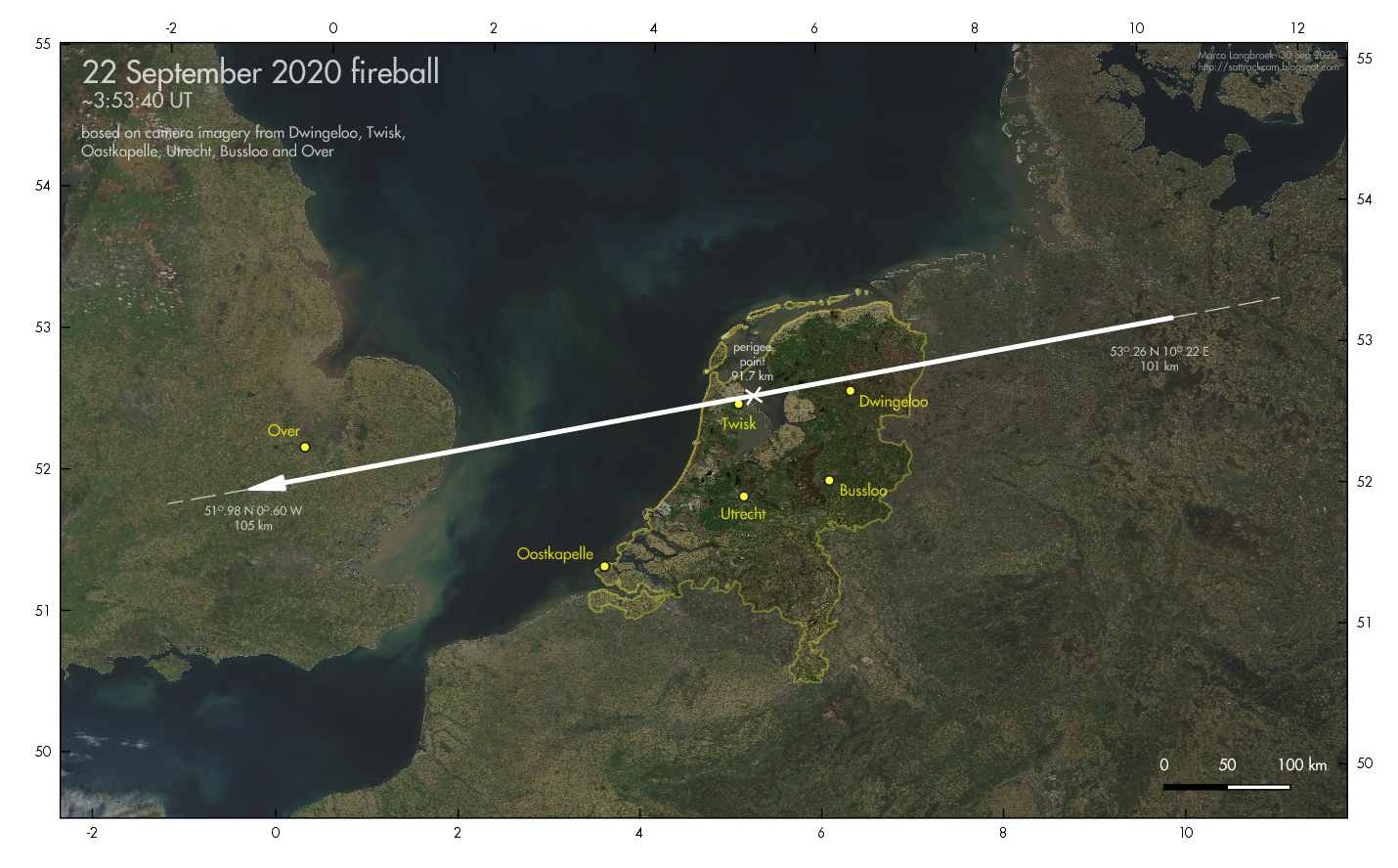 Interestingly, although its altitude varied, its path was probably a straight line! This is because of course the Earth is a sphere. Marco has written an excellent explanation  here.

Further analysis has since been carried out by members of the Global Meteor Network and Denis Vida from GMN kindly provided the below analysis, based on multiple stations across Europe.

The meteor was first detected at a height of 101.2 km and travelling at 33.94 km/s. At its lowest point it was at 90.2 km, and was last seen at an altitude of 107.4 km over the central UK (coincidentally almost directly above my house!). Its velocity hardly changed during this time, averaging 33.68 km/s.

The orbit had a semi-major axis of 2.44 AU, an eccentricity of 0.87 and an inclination of 3.14 degrees which puts it pretty much in the plane of the ecliptic and (to me at least) suggests an asteroidal origin. Perihelion was inside the orbit of Mercury while at its furthest from the Sun, the meteor would have been somewhere beyond the Asteroid belt. The image below shows the orbit as seen from above the Sun’s north pole. The blue and red dots are Earth and Mars respectively. 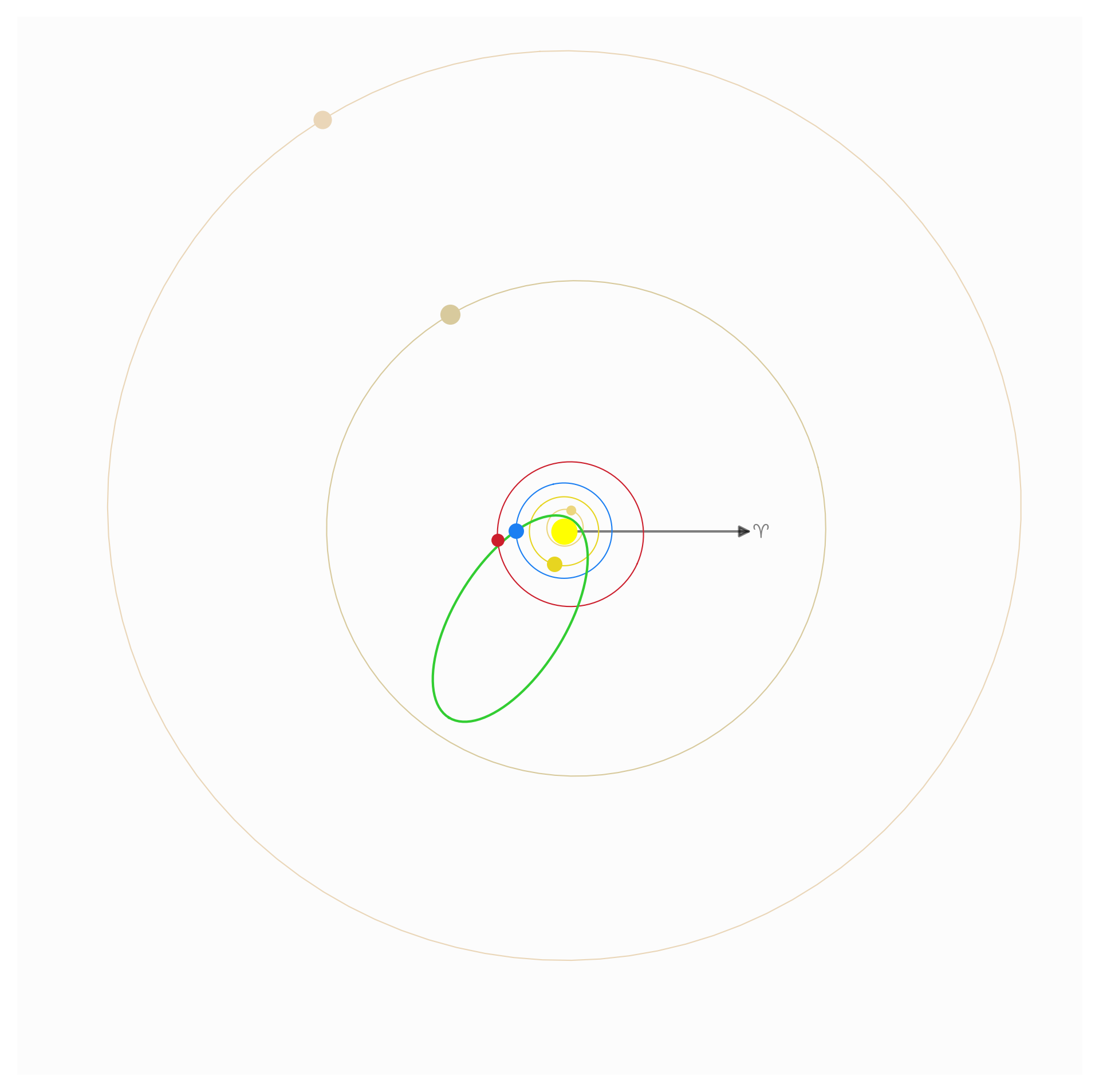