Although the summer months are short, we do have the benefit of warmer nights and – hopefully- one of the best meteor showers of the year, the Perseids (PER). This year the Perseids will peak on the 12th and 13th of August, with the radiant in the North East at dusk. The waning crescent Moon won’t rise till midnight so early evening will be the best time to watch. Quoted rates are 150 but realistically 60-75 is more likely unless you’re in a dark sky site. 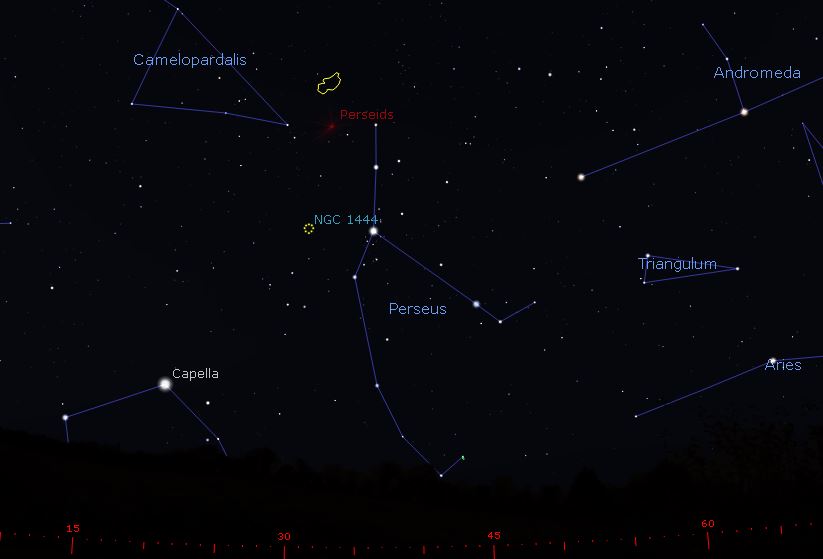 A week or so earlier the Delta Aquariids (SDA) and Alpha Capricornids (CAP) will peak round the 29th or 30th of July. Unfortunately the Moon will be waxing gibbous and won’t set till around 1am, so the best time to watch will be before dawn. Expect a rate of two or three an hour when the Moon is up, higher after moonset. The radiants are low in the South. The view below shows both radiants at around 01.30 on the night of the peak. As an added bonus, Jupiter and Saturn should both be visible, blazing brightly. 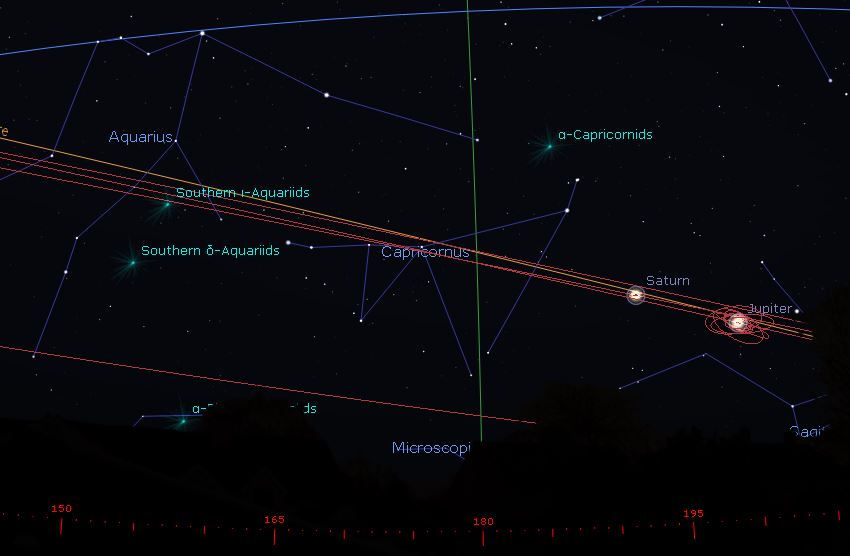 Finally, there is the possiblilty of an outburst of the July Gamma-Draconids (GDR) on the 28th of July. In 2016, there was an intense outburst of ~100/hour for a few minutes after midnight UT. The same orbital alignment arises in 2020 at around 00:30UT on the same date so its well worth a look. Gamma Draconis will be close to the zenith at the time and the Moon will just have set.