Most of 2019’s meteor showers are cursed by bright Moons and November’s are no exception. Of course its still possible to see meteors, and here’s a summary of what you might see.

At the start of the month we still have the Northern Taurids (NTA) and Orionids (ORI) going on. The Orionids tail off by the 7th. The Northern Taurids peak on about 11th Nov but a nearly full Moon will interfere with an hourly rate of five and you are not likely to see much except the brightest. NTAs are medium speed meteors.

The Leonids (LEO) are next. They peak on 16/17th Nov, but an 80% Moon will get in the way. Worse, the radiant doesn’t rise till midnight by which time the Moon will be high in the sky. Quoted rates are 15 but with half the sky below the horizon and the Moon bleaching the sky, i reckon five would be a good rate. Leonids do often have persistent trails though, and a weak outburst is possible if the Earth passes through a denser patch of debris from 55P/Temple-Tuttle, the parent body. Leonids are fast-moving and the radiant is in the “crook” of Leo’s tail as shown in the picture below which shows the view looking East at around 3am. 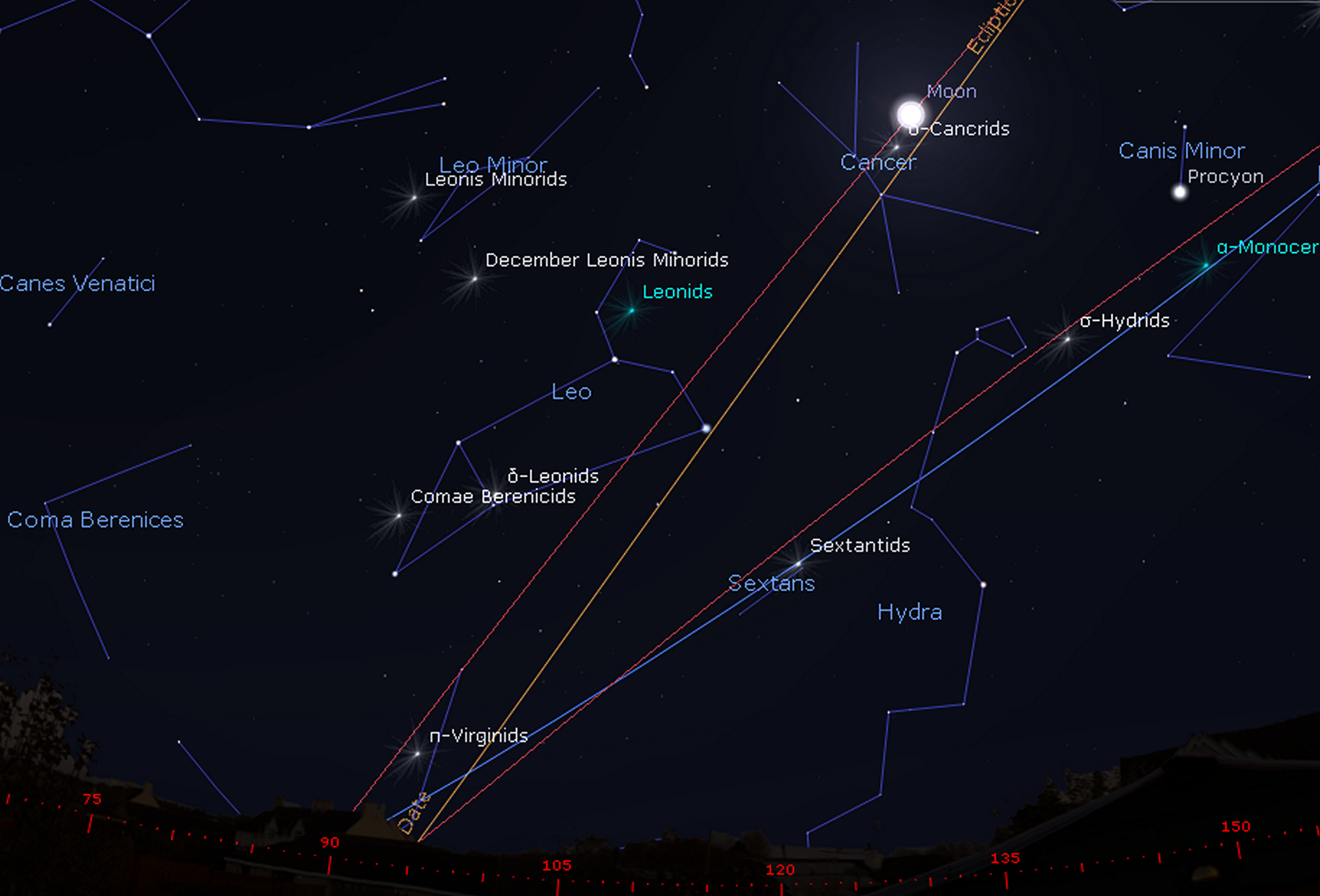 Later in the month there are two lesser showers, starting with the α-Monocerotids (AMO) which peak dawn on 22nd at a rate of five per hour. The radiant will be low in the south east and a crescent Moon will rise at 01.30 so check early. The Northern Orionids (NOO) run from 14th Nov to 6th Dec with a peak around 28th. The rate of three per hour is low but fast moving and the Moon is new so you should spot one or two.

2 thoughts on “Meteor Outlook for November 2019”