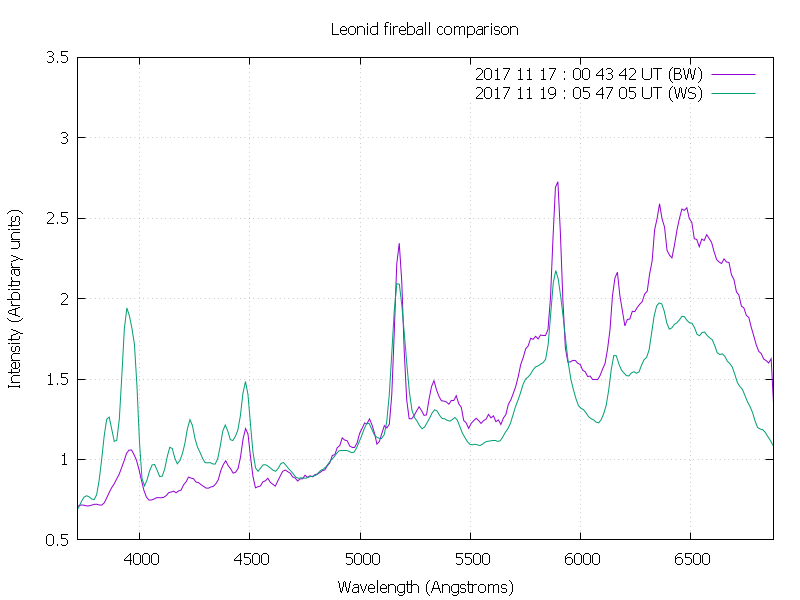 Bill Ward has generated this graph which compares the spectrum of this fireball with a spectrum captured by William Stewart of the fireball on Nov 19th.

As can be seen, there is a good match between the strengths of the main emission lines.

Bill notes that the divergence of the two plots towards the left and right ends is most likely due to vignetting in the images related to the positions of the spectra relative to the edges of the images (i.e.the parts of the spectra in each image near the edge of the field of view were recorded fainter than they were in reality)

The image to the right shows this fireball, as recorded very low in the ENE, close to the start beta Leonis, by the Bayfordburycamera of the Univ of Herts all-sky fireball monitoring system http://www.star.herts.ac.uk/allsky/

Despite poor observing conditions, Eric Anderson (London) also captured an image of this fireball near the edge of his camera’s field of view.

Paul Sutherland (Walmer, Kent) has created a video from his individual images which shows the decay of this fireball over 25 minutes (speeded up).

The video can be viewed via this link 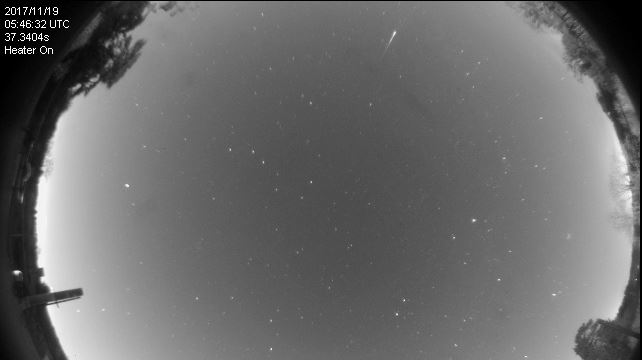 Further images of this fireball, in addition to the one by William Stewart, previously mentioned, have now come to light.

The first image shows the fireball in the NE sky, travelling from Camelopardalis to Cepheus, as captured by the Bayfordbury camera of the Univ of Herts network. 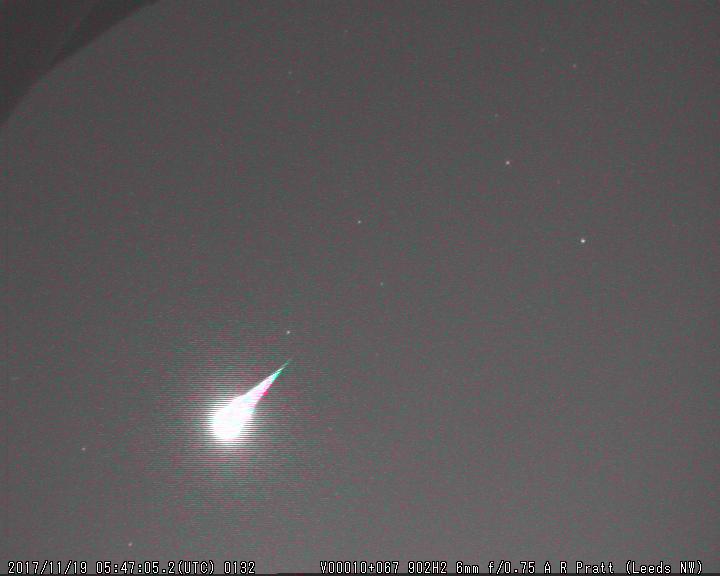 The second shows the fireball image captured by Alex Pratt (Leeds), producing a terminal flare as it heads from Leo into Virgo.

Another image was captured by Ray Taylor of the NEMETODE network, who lives at Skirlaugh in East Yorkshire. In the image, the fireball is approaching Ray almost head on. 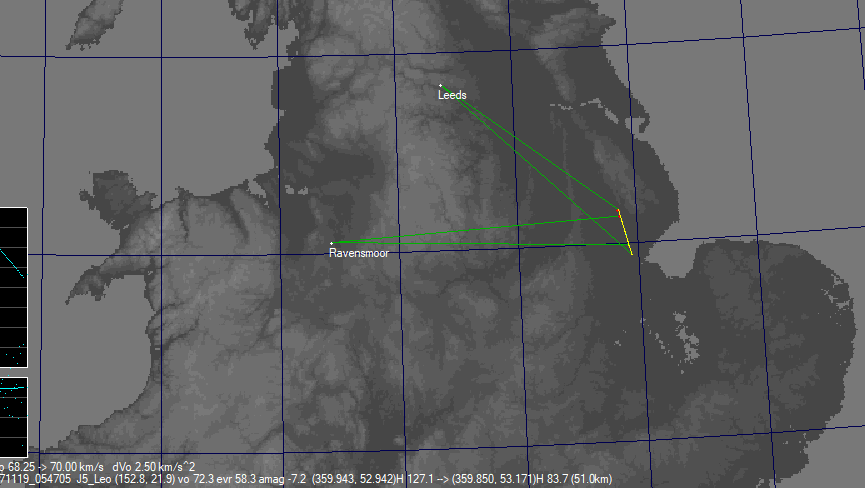 Based on the sky positions in the images captured by William and himself, Alex has determined the trajectory of the fireball to have been over the east midlands, as can be seen here.

This trajectory may be need to be adjusted slightly when a further image captured by Nick James (Chelmsford) has been taken into account.

Given the time of the night, it is not surprisingly that there has been a lack of visual reports of this event.

The only possible visual sighting that has come to light so far was by Tracie Heywood (Leek, Staffs) who noticed a bright (though not mag -7) Leonid in Ursa Major just as she stepped out of the house at approx this time to check on the sky conditions (which were clearish sky with a veil of thin cloud)