Here, in reverse chronological order, is a summary of notable meteors and fireballs reported to the section during December 2017: 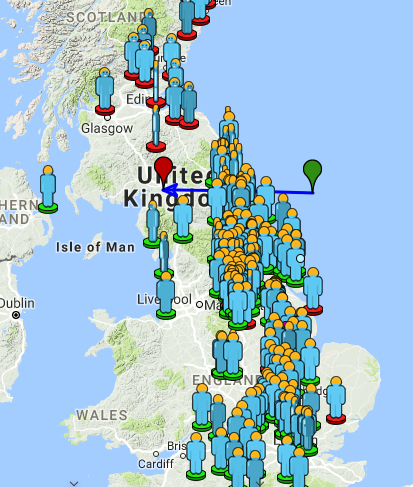 This fireball was reported by hundreds of witnesses across the UK.

The accompanying map shows the locations of all witnesses who submitted their reports via the IMO report form http://spa.imo.net/

As the map indicates, most witnesses were on the eastern side of the country,with people further west missing out due to vercast skies.

The preliminary analysis by the International Meteor Organisation (IMO) indicate that it started over the North Sea and travelled westwards, crossing the coast near Hartlepool and ending to the south of Carlisle.

This trajectory is shown by the blue arrow on the map.

More details can be found in  this report 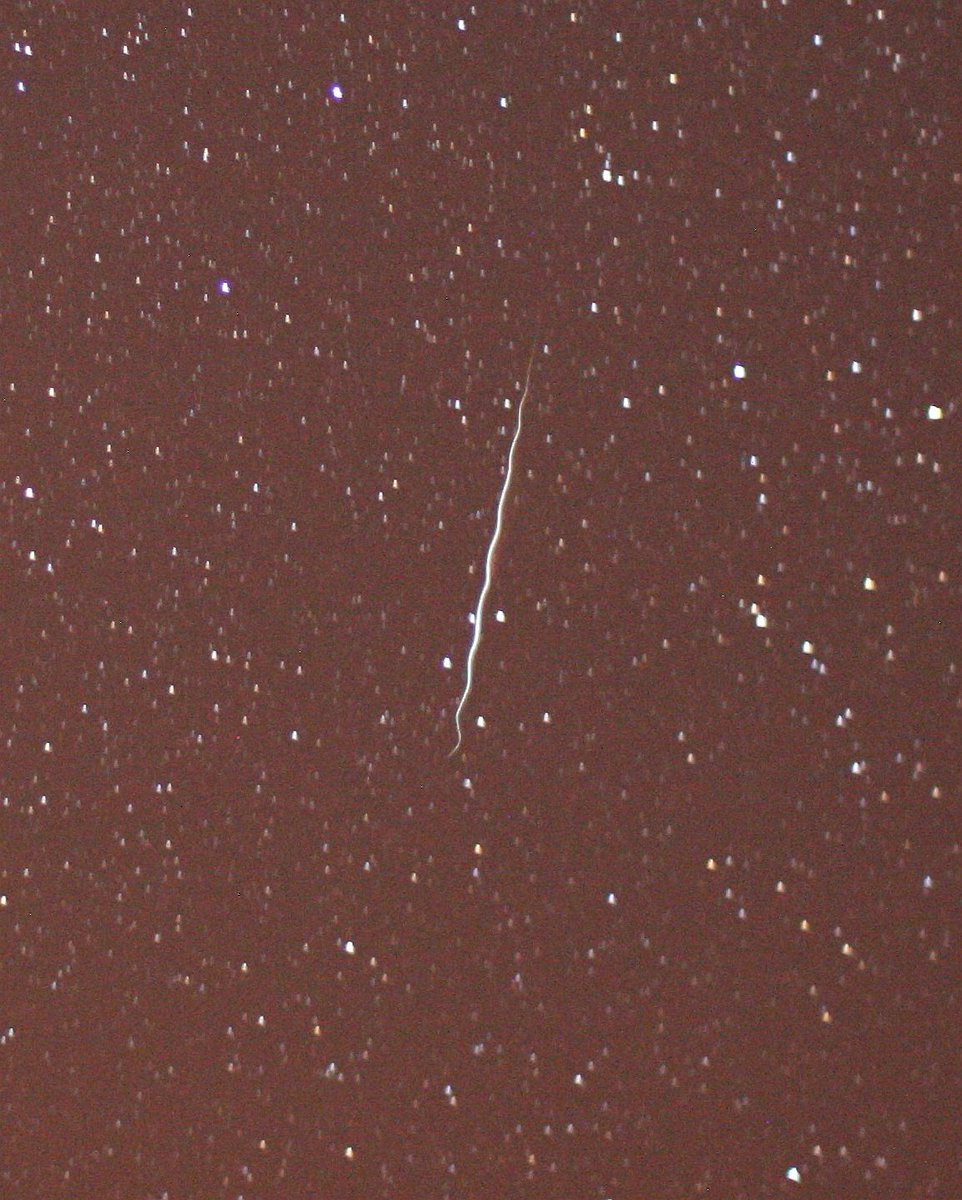 Bill Ward initiated an interesting on-line discussion after posting an image of a Geminid meteor with a wavy path that he captured during a trip to Tenerife to monitor the maximum of the 2017 Geminids. Bill noted that he had imaged 10 such meteors during this trip and one during an earlier trip, but hadn’t imaged any from the UK in the past.

Over the years, some visual observers have reported seeing meteors that appeared to have non-linear paths, but in the absence of photographic evidence, there was no way to establish whether the meteor’s path was really non-linear.

Some of the comments in response to the post did suggest, however, that the wavy-ness might have been due to motion of the camera (possibly related to the wind) or an effect known as “mirror slap”. The reason that the effect was only seen from Tenerife might therefore be a consequence of airline baggage restrictions meaning that the tripod used might not have been as sturdy as that used in the UK.

You can read more  here  and  here

If this “corkscrewing” is genuine, then the only way to prove it will require the same meteor to be imaged from more than one location.

Although visual observers commented on the lack of particularly bright Geminids, some fireballs were imaged.

Alex Pratt (Leeds) commented that on a number of occasions he recorded pairs of simultaneous Geminids, one such pair being that in the accompanying image, captured at 00:36:53 UT on Dec 14th via his N facing camera.

Mark saw the fireball in his eastern sky and reports that it started in Gemini and ended near Betelgeuse, adding “the fireball stretched out creating a tail and the tail split into three parts (gaps appeared)” .  From Iain’s location, the fireball started in the east and ended in the SSW.  Iain described it as been yellow and orange in colour and leaving a persistent train, adding “As I watched it it broke up into 10-20 pieces some larger an others maybe 6-7 big pieces“.

There was a good deal of cloud over the UK at the time and this no doubt limited the number of witnesses. The IMO received additional reports from witnesses in Lancashire, Oxfordshire and Essex and, taking into account the sky positions reported from each location, have derived a provisional trajectory for the fireball, starting over Norfolk, near Norwich, and heading in a SW direction, ending close to London.  This trajectory, does however, appear a little inconsistent with the two SPA reports as, based on these, a trajectory shifted further south (Suffolk to Surrey?) would seem more accurate.