There was a fair amount of cloud across the UK during the nights around Perseid maximum. However, most observers had some clearer sky on at least some of the nights. Observers who submitted visual observations via email or the post by the end of August were: Tom Banks, Jeffrey Sutton, Graham Winstanley, David Garbutt, Alastair McBeath, Philip Denyer, Philip Carden, Robin Scagell and Ken Meadows. Additional reports can be found on the SPA Forum (see forum.popastro.com/viewtopic.php )

The significant cloud interference endured by many observers has made it difficult to calculate ZHR values. However, results from around the world, submitted to the International Meteor Organisation (IMO) indicate that the peak ZHR may have reached 100, with peak rates occurring during the late afternoon or early evening of Aug 12th (in line with predictions). The IMO activity curve near Perseid maximum can be found  here

Video observations were carried out by Peter Meadows (Essex), Alex Pratt (Leeds) and Bill Ward (Glasgow). Below is a Perseid image captured by Peter at 01:47UT on Aug 13th. 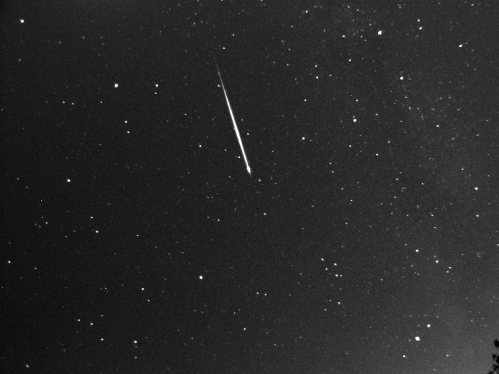 Bill also captured images on video and also secured spectra of a number of bright Perseids including the spectrum below, captured at 00:38UT on Aug 13th 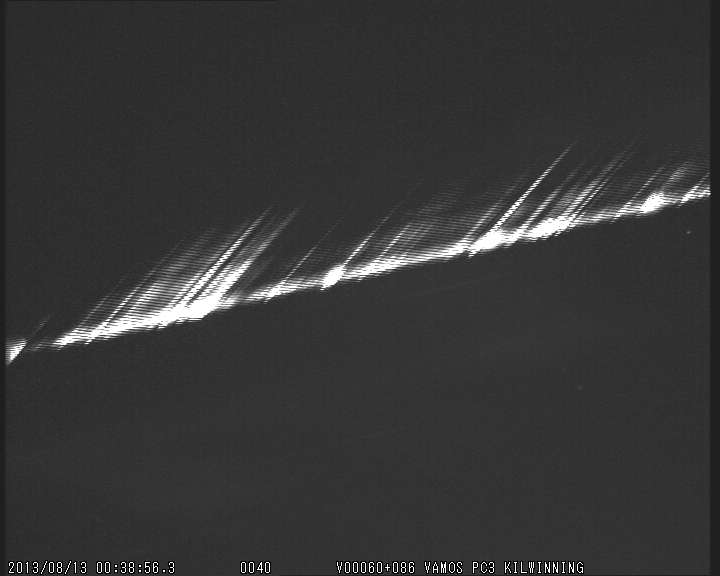 and below is an intensity plot for the spectrum of another Perseid meteor captured by Bill  in which a number of spectral lines have been identified. Some of these lines are atmospheric ; others are from the meteor itself. 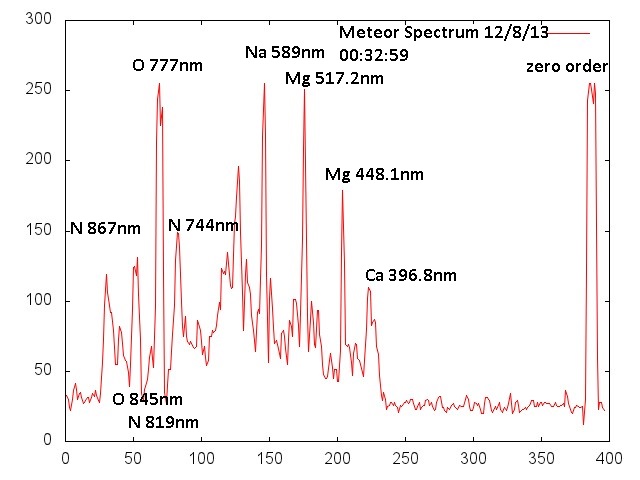 Radio observations were submitted by Alan Heath (from Long Eaton) and Alexei Pace (from Malta). Images showing Alexei’s best 50 meteor reflections can be found at www.maltastro.org/radiometeor/PER2013/ . An example of an image (with time (approx 6 mins) on the horizontal axis and frequency (from 1450 to 1600Hz) on the vertical axis) is reproduced below : 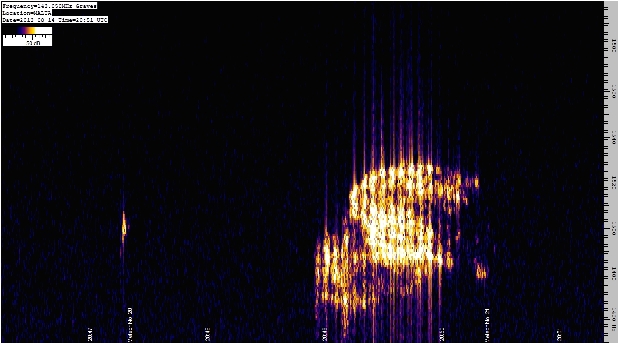 This shows the distinctive multiple branch structure (like a greek letter epsilon) seen in time/frequency plots for some meteor reflections. This type of pattern is thought to be the result of meteors which penetrate deep into the earth’s atmosphere, but the exact physical mechanism is not yet known.

Another long lasting reflection is reproduced below : 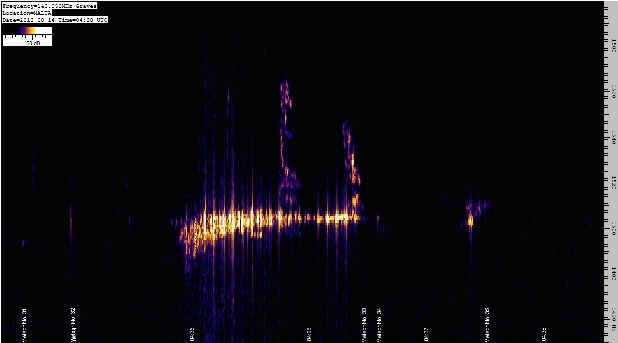