Despite being one of the year’s strongest showers and having a radiant the lies close to the celestial equator, the Eta Aquarid meteor shower of early May is usually ignored by UK based observers. This is because, in practice, the shower is really only well seen from tropical and southern latitudes. Few are usually seen from the UK because the Eta Aquarid radiant only rises late in the night when morning twilight is already encroaching.

The Eta Aquarids of 2013 did something unusual – their activity level was unusually high. There had been some advanced warning that this might happen. A few days before the shower peak, Mikiya Sato had published a prediction that, during the course of May 6, the Earth would encounter several dust trails ejected by comet Halley 8-11 centuries ago. Given the age of these filaments it was quite possible that, rather than seeing sharp peaks in activity, observers would see a broad peak of enhanced activity (due to the dust having spread out). Sato’s best estimate was that the peak would be around twice its normal level – somewhat similar to that seen for enhancements of the Orionid meteor shower (the Earth’s autumn encounter with comet Halley’s dust stream) during the years 2006-2010.

The predictions proved accurate. Alex Pratt (in Leeds), who had never previously imaged any Eta Aquarid meteors, reported that this year he managed to image several Eta Aquarids late in the nights of May 4-5, 5-6 and 6-7. 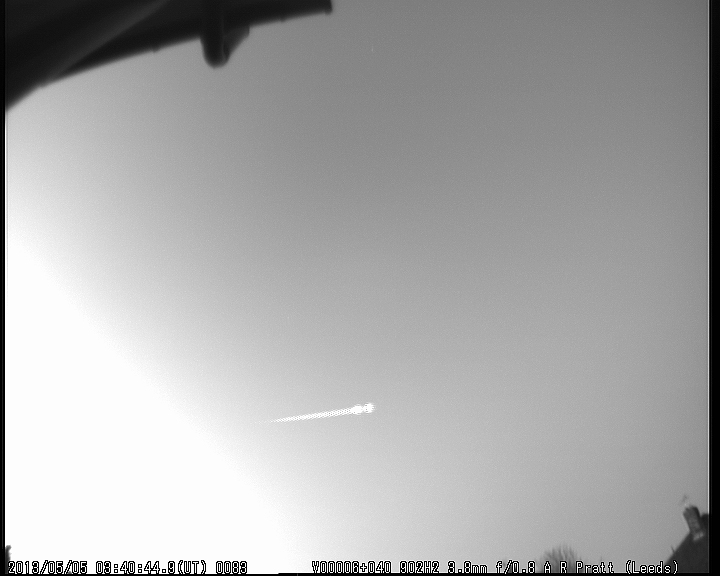 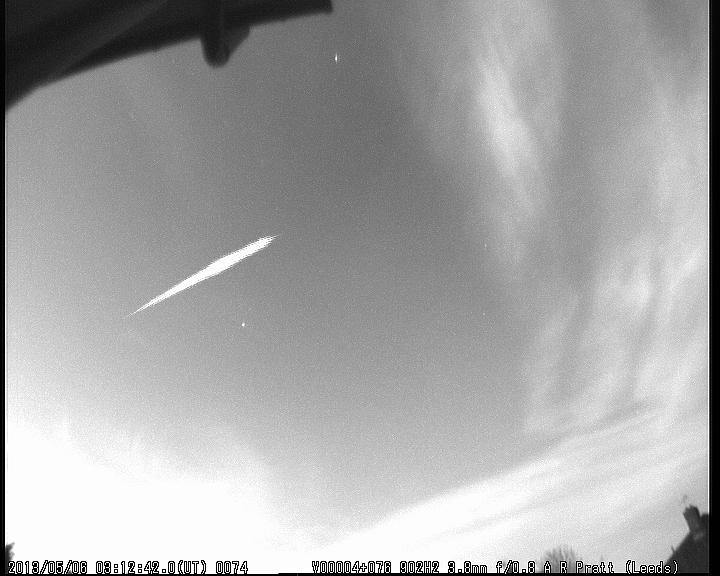 Reports from elsewhere in the world, posted via the meteorobs network, confirmed the outburst. For example, Koen Miskotte, observing from the Netherlands (Lat 52 N), counted about 8-10 Eta Aquarids during the morning twilight of May 6th, compared with his more typical rate of 1-2 per hour in previous years. High visual rates were also reported from Canada and the USA. In addition, radio and radar observers also reported higher than usual activity.