The weather proved unfavourable for the maximum nights of the 2017 Orionids.  Storm Brian brought cloud, rain and gales across the southern UK during the nights of Oct 20-21 and Oct 21-22. Skies continued to be mostly cloudy on later nights. Observers further north also endured largely cloudy skies.

No visual observations have been received, but a few images of Orionids were captured.

Paul Sutherland (Kent) made use of clear skies during the nights of  Oct 21-22 and Oct 22-23 to capture DSLR images of several meteors.

In the first image, captured at 03:30 UT during the night of Oct 21-22, Sirius is the bright star near the right hand edge, while Pollux (beta Gem) is near the centre of the upper edge. The short meteor trail can be seen between these two stars, above the bright star Procyon.

Paul comments that it wasn’t immediately obvious whether the meteor was an Orionid or a Taurid as it lines up with the radiants of both showers.

A more certain identification would require an indication of the speed of the meteor – Orionids are somewhat faster than Taurids – but although this would be clearer to a visual observer, the information is unfortunately not readily available from DSLR imaging. 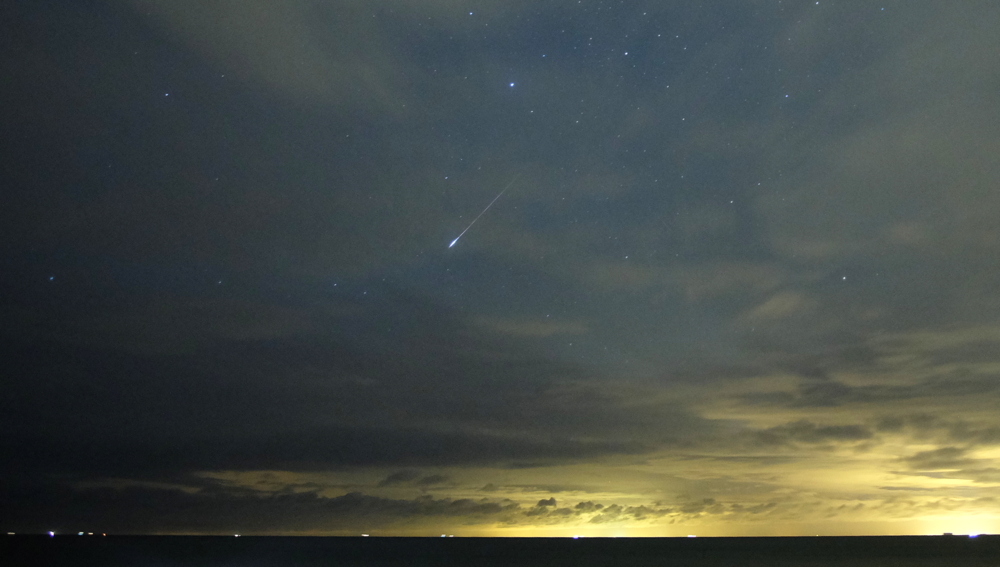 The second image shows an Orionid meteor below Leo, captured at 03:41 UT during the night of Oct 21-22.

Images were also captured of a number of fainter meteors.

The third image is from 00:02 UT on the night of Oct 22-23 and shows a bright meteor passing just above the star gamma Orionis (Betelgeuse is the bright slightly reddish star towards the lower left).

More information about the DSLR imaging of meteors can be found in this useful guide.

William Stewart (Ravensmoor, Cheshire) captured this image of an Orionid fireball (probably about mag -5) at 04:09 UT on the morning of October 21 via his NE facing video camera. (the breaks in the image are an artefact of the imaging and processing rather than a property of the meteor).

He also captured a faint spectrum of it and recorded a radio echo at the same time.

William then contacted other members of the NEMETODE group ( http://nemetode.org/index.html  ) to ask whether any of them had also imaged this fireball. 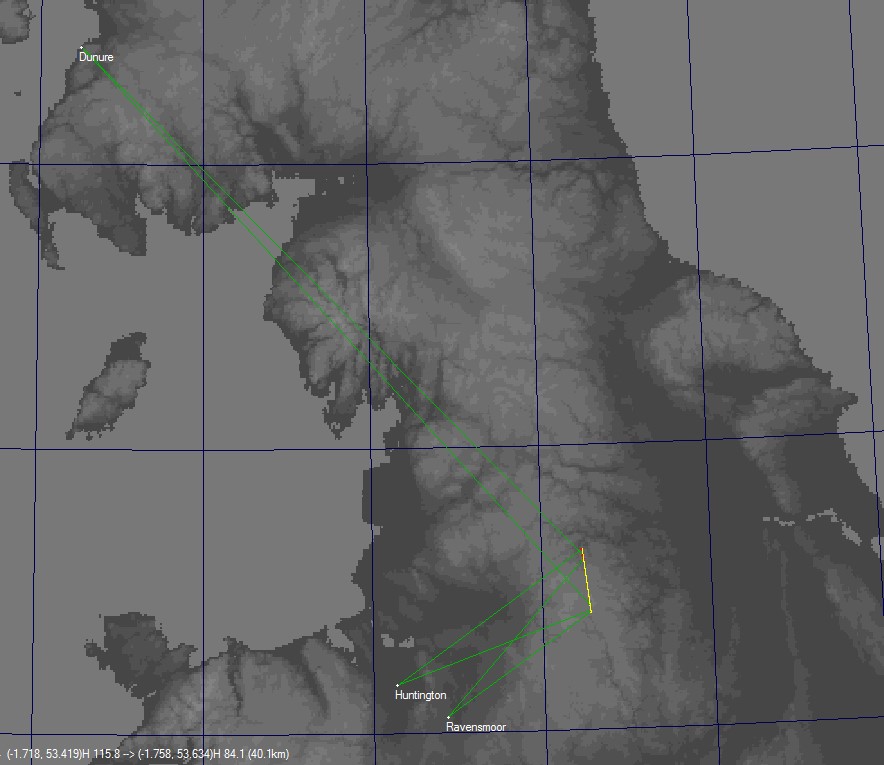 In response, two additional images of the fireball were reported to William. One was captured by Jon Jones (Huntington, Cheshire) ; the other was by David Anderson (Dunure, Ayrshire)

Based on the sky track recorded from each location, the ground track of its atmospheric trajectory was determined to be over the southern Pennines, as is shown in the accompanying map.

No visual reports of the fireball have come to light – presumably a consequence of the time of night at which it appeared.