It wasn’t looking good in the run up to Quadrantid maximum (which was predicted for approx Jan 4d 07h UT), with weather forecasts predicting a continuation of recent cloudy and wet weather across the UK. However, at the last minute, forecasts started to suggest a chance of some cloud breaks across south eastern areas. 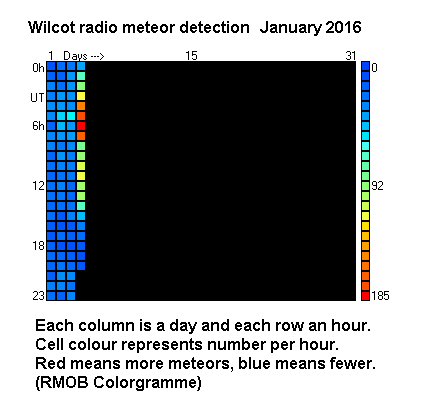 Bill Ward (Glasgow) was clouded out, however, as were Tony Markham (Leek, Staffs) and Alastair McBeath (Morpeth, Northumberland).

Bill had to make do with monitoring the Quadrantids via radio reflections (more on this later). Richard Fleet (Wilcot, Hants) also monitored at radio wavelengths and posted this graphic. Although the method used doesn’t distinguish between Quadrantids and non-Quadrantids, it is reasonable to assume that the increase in meteor rates on the morning of the 4th is due to the Quadrantids.

Robin Scagell observed (from St Lawrence Bay, Essex) for 72 minutes between 0056UT and 0230UT on the morning of Jan 4th and recorded 22 Quadrantids and 2 sporadics (LM 5.5, 65% of sky visible). Ken Meadows (Kingsbury, London) observed in somewhat light polluted skies (LM 4.0) between 2342 UT and 0650UT and despite losing approx 2 hours to cloud saw 15 Quadrantids and 5 sporadics, with observed rates increasing as the night progressed.

In addition to his visual observations, Robin Scagell also report taking 340 photos using a 17 mm f/2.8 lens of an area somewhat restricted by trees as he had to keep the camera close to the house so that he could use a heating blanket to avoid dew. All exposures were 30 sec on a Canon 70D at ISO 2500. Robin’s initial scan of his images revealed two meteors, both Quadrantids. One of these, from 00:09 UT on the 4th, is shown below left (typically, it is behind the tree!)

Paul Sutherland (Walmer, Kent) has also posted a number of meteor images that he captured on the morning of the 4th. The one reproduced below right shows a Quadrantid passing through Lyra. 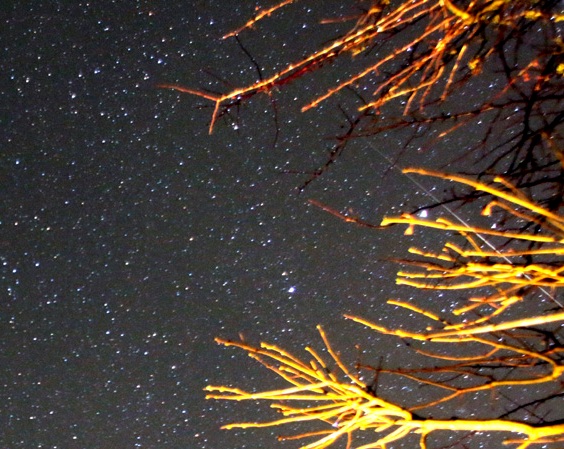 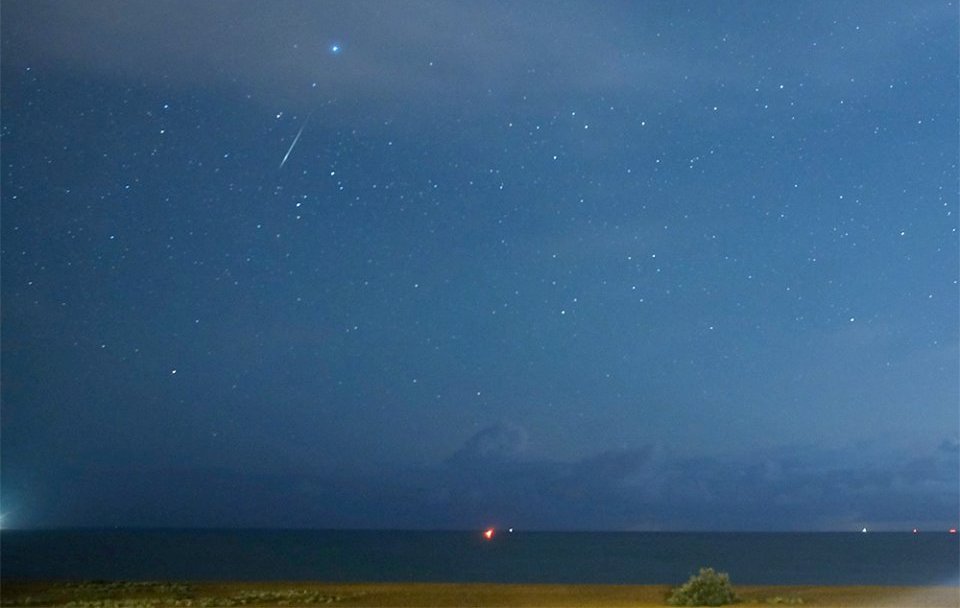 Richard Fleet also captured many Quadrantid images, including the two shown below 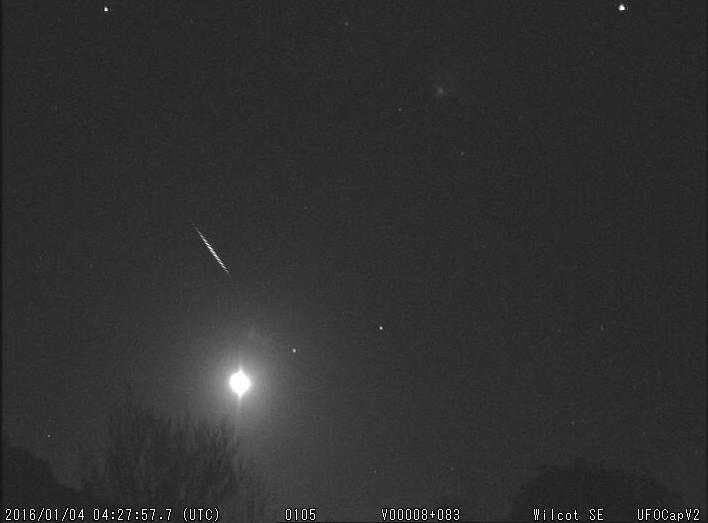 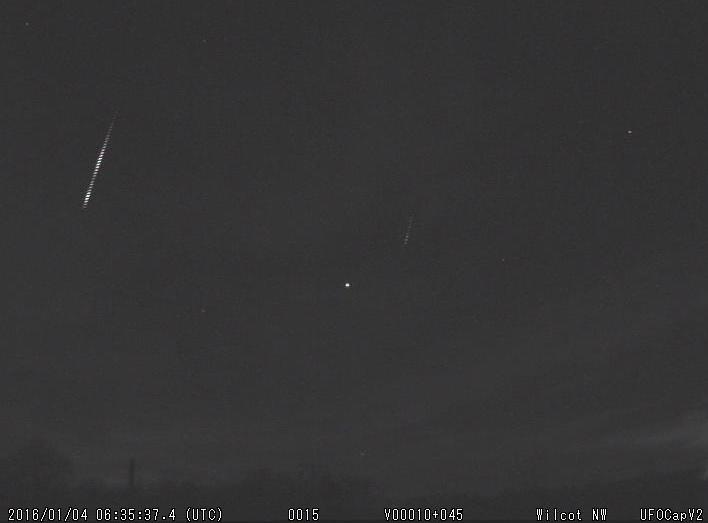 As mentioned earlier, both Bill Ward and Richard Fleet monitored the Quadrantids at radio wavelengths using forward scatter from the GRAVES radar system in France. Bill has posted the image(below left) showing individual reflections around 05:55 UT on Jan 4th, while Richard has posted the image (below right) showing a very active period near 07:30 UT. 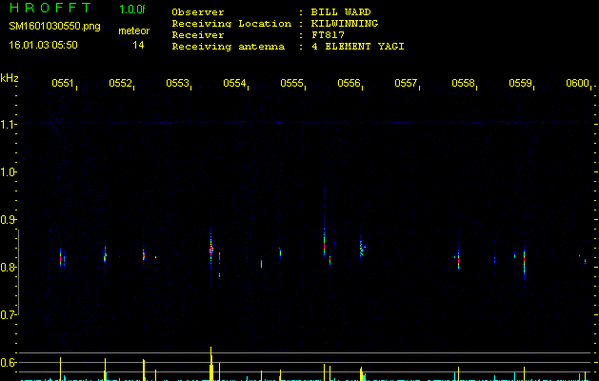 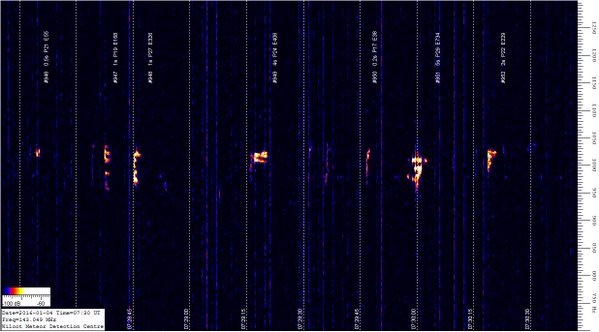