With Full Moon occurring within 24 hours of the Lyrid peak on April 22, prospects were very poor for visual observation of the Lyrids in 2016. Radio observation is not affected by moonlight however and although imaging capture rates are reduced, automated camera systems are not “disappointed” by low observed rates in the way that visual observers would be. 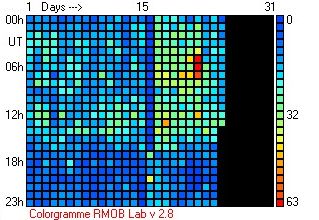 The graph to the right shows Bill’s results up to April 25th. This method does not differentiate between Lyrids and other meteors – it merely counts the number of times that the ionisation trail of any meteor between GRAVES and Bill has reflected the GRAVES signal towards Bill’s receiver.

However, the peak in observed rates on April 22nd can be clearly seen in the graph.

Each column represents one day of data, with each square representing one hour. The squares are colour coded to show the numbers of meteor reflections being detected, with blue showing the lowest levels and red showing the highest. 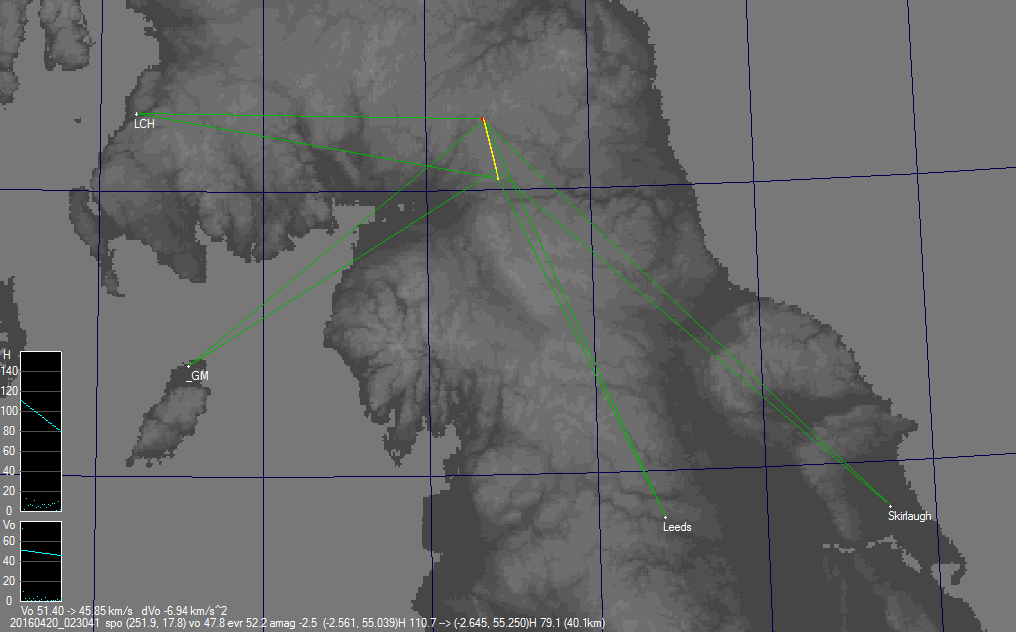 One of the most interesting meteors during the Lyrid activity period appeared at 02:30:41 UT on April 20th.

This magnitude -2 meteor was captured by four cameras of the NEMETODE network, including that of Alex Pratt.

Triangulation showed the meteor to have been over the England-Scotland border.

In the image captured from the Isle of Man, the meteor track traced backwards appeared to come from the Lyrid radiant, suggesting that this was a Lyrid meteor.

However, Alex’s detailed analysis of the images captured from all four locations showed that the lining-up seen from the Isle of Man was coincidental and the actual radiant of this meteor was several degrees from the Lyrid radiant. Hence it was then classified as a sporadic meteor. 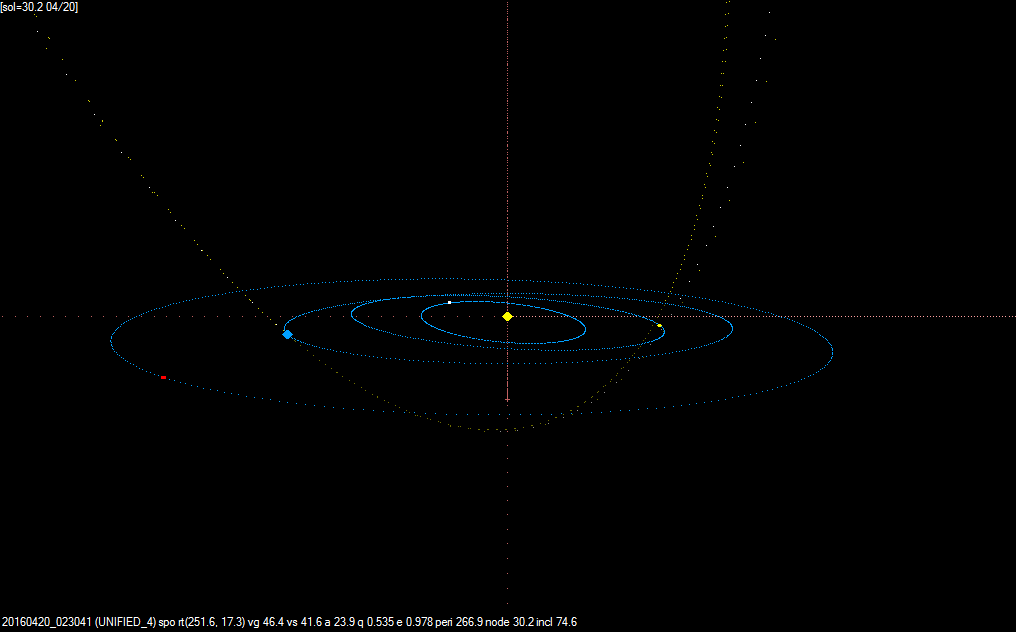 Having said that however, when Alex further analysed the data, he found that the former orbit of the meteor had been steeply inclined to the plane of the solar system.

This can be seen in the accompanying diagram.

The four horizontal circles show the orbits of the four inner planets, with the meteor’s steeply inclined orbit intersecting the Earth’s orbit on April 20th.

The meteor’s former orbit was actually quite similar to that of comet Thatcher, the parent comet of the Lyrids.

Hence, Alex wonders whether this meteor might have been a Lyrid “outlier”, rather than a sporadic?

This meteor also passed through the field of view of Bill Ward‘s spectrograph.

Bill notes that there is very little iron in the spectrum – there is one strong(ish) Fe line but there are none of the others that have appeared in many of his other spectra, especially those around the green Mg line at 5175nm.

In the near UV, a Mg triplet centred is seen at 383.3nm. However, there is no Mg+ at 448.1nm, which Bill would have expected to see given the strength of the main green Mg line and the presence of the UV lines. 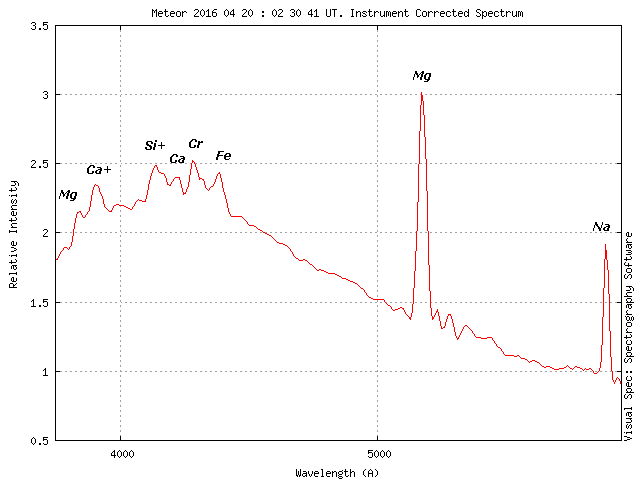