Pam Foster observed from Pitlochry in Perthshire and during three 1 hour sessions between 21:00 and 01:30 UT recorded 98 Perseids and 7 sporadics (LM approx 5). 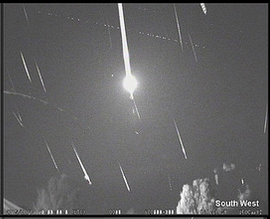 all of the meteors recorded by each of the six cameras that he operated around Perseid maximum.

One of his images, for his south west facing camera, is shown to the right.

The full set of six images, each of which can be enlarged, can be viewed here

along with some explanatory notes.

Richard has also posted a number of colour images of Perseids on Flickr.

Several of these, including the one shown below, are initially green in colour.

A green colour in meteors can have more than one possible cause and for any particular meteor, the source can only be definitively established if a spectrum has been captured. In many green meteors, the colour is due to a bright emission line from magnesium.

However, in fast meteors, such as Perseids the green colour can have a different origin. 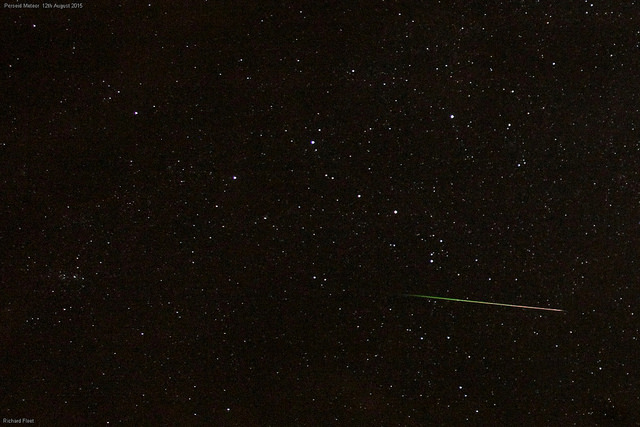 The green colour in such meteors can be due to emission from oxygen at a wavelength of 557.7 nm (the same emission line as seen in aurorae). However, this emission line can only be produced in meteors at altitudes where the atmospheric density is very low – in practice above 110km. Hence Perseid meteors that start above 110km altitude will often initially appear green but this colour will disappear as they descend to lower altitudes. If the meteoroid particle is sufficiently large, it may survive down to an altitude at which the meteor will appear red in colour. This red colour could, however, have a number of sources, including emission from nitrogen and oxygen. Thanks to Bill Ward for these explanations. Bill also adds that the oxygen could be from the atmosphere or be related to the composition of the meteoroid, for which Si02 is a common constituent.

More information about meteor spectra can be found in  this guide

The initial Perseid report included observations of this fireball reported by Tony Markham, Alastair McBeath and William Stewart. Additional reports of this fireball have now come to light. The fireball was also seen visually by Tom Banks (Cheshire) and Alex Pratt (Leeds). 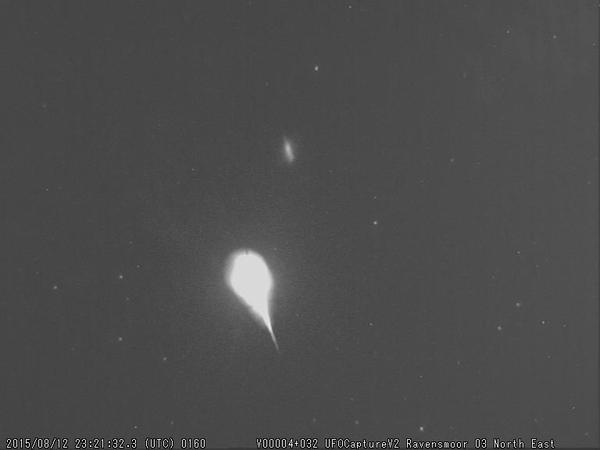 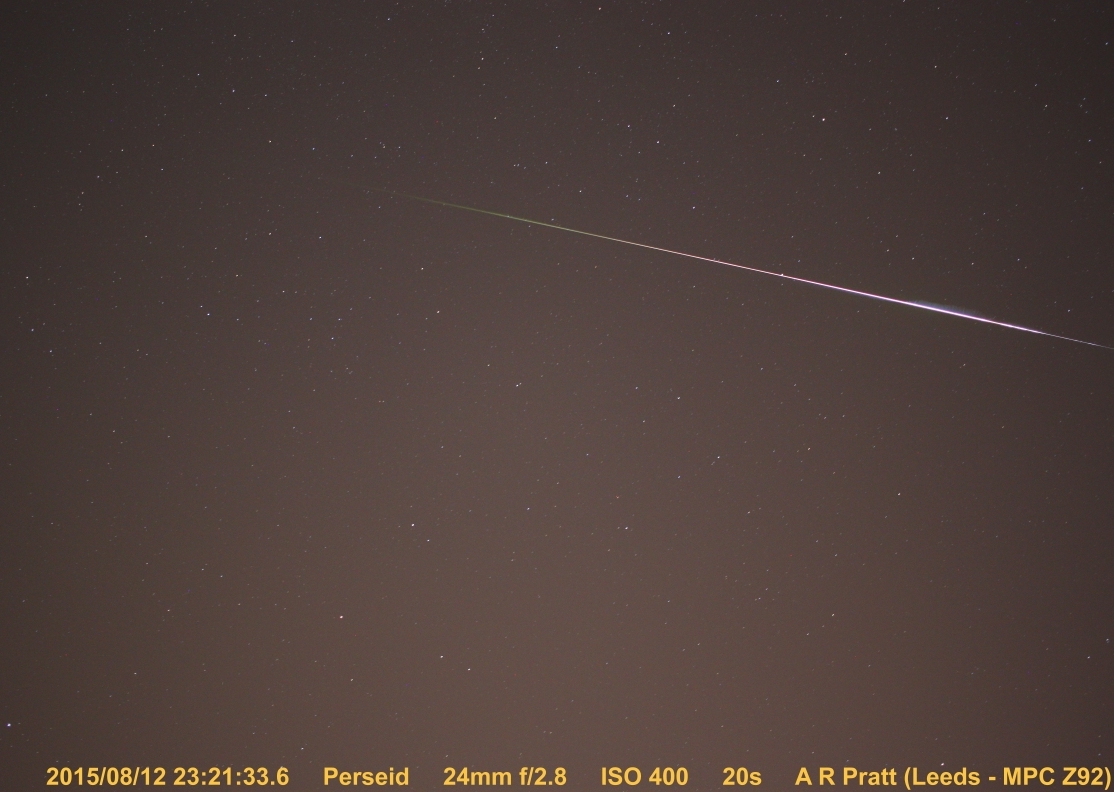 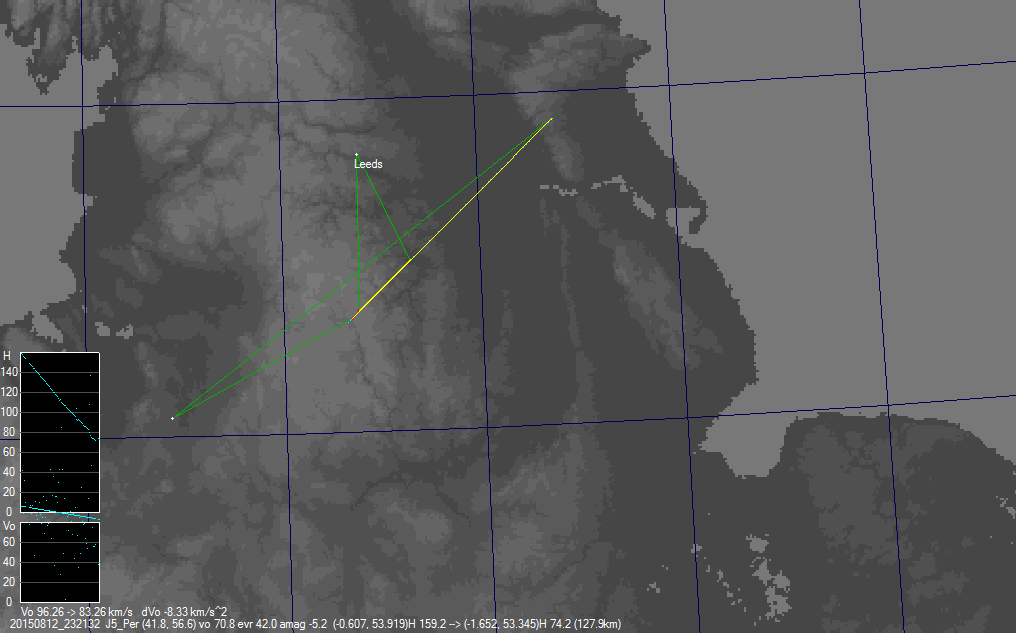 The two nights following Perseid maximum seem to have been cloudy across most of the UK and no observations from these nights have been received so far.

Aug 15-16 was clear in many places, allowing a view of the declining post-maximum Perseids. Richard Fleet posted on Twitter to report that in a 1 hour pre midnight meteor watch he only saw 1 Perseid (and 11 sporadics). Tony Markham, observing later in the night when the Perseid radiant was higher in the sky, saw 13 Perseids and 5 sporadics between 23:45 and 01:45 UT (LM 5.4-5.1), but these rates though better were clearly down on those seen two nights pre-maximum on Aug 10-11.