Although summertime has certain advantages for nocturnal astronomers, it is their least productive season. Lunar observers based in the UK have an additional disadvantage during the summerâ€”the relatively low elevation of the Moon in its mid-phases. As a consequence, each year sees a marked drop in the number of visual observations and images that the Lunar Section receives. This year has seen a more exceptional fall because of the abysmal weather across the British Isles during the early summer. From late May I endured an unprecedented two-month period without having been able to make a meaningful telescopic observation of the Moonâ€”not for any want of tryingâ€”and no doubt many others had a similar experience. However, Iâ€™m happy to say that a number of excellent observations and images have been received, with contributions from Mike Brown, David Finnigan, Tony Ireland, David Scanlan, Graham Sparrow and Larry Todd. Tony Irelandâ€™s images includes a wonderful sequence of whole-Moon shots showing the waxing phases up to first quarter. 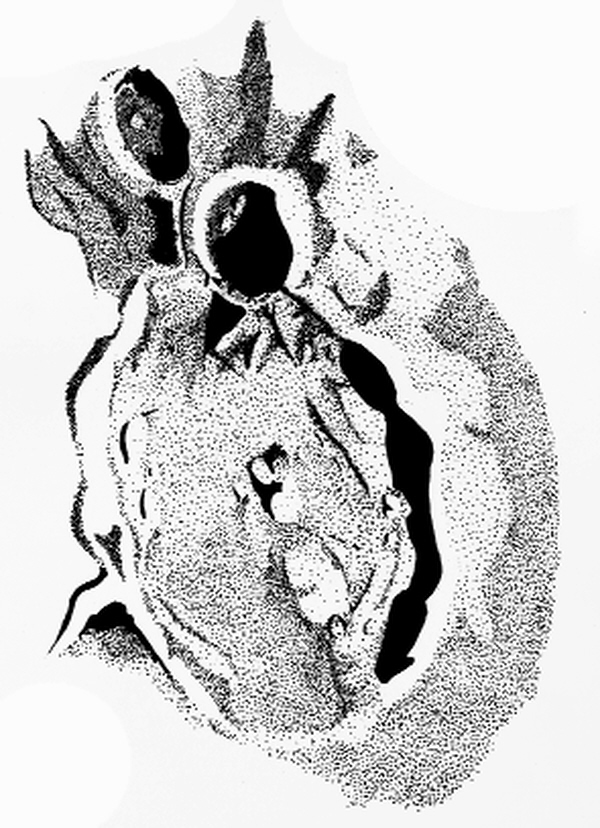 Above: Gassendi, observed by Philip Jennings on the evening of 30 July using a 200 mm SCT at 226Ã—

Featured here is an observational drawing of the crater Gassendi by Philip Jennings (York). The drawing is an example of stipplingâ€”a technique that uses hundreds of tiny, carefully-placed black ink dots to build up the impression of areas of shade and gradations of tone; the larger and/or more closely spaced the dots, the darker the overall tone. Really dark areas such as lunar shadows are filled-in with a solid black. Because stippling is very time-consuming and difficult to master, the technique is not used very frequently by lunar observers. Perhaps its greatest ever exponent was the late Harold Hill. The chief advantage of stippling is that it reproduces well even when the observation is copied and printed on a basic scanner/printer or photocopier, whereas the subtle tones of a pencil sketch may well be degraded or lost altogether. Nowadays, with better quality scanners and the ability to disseminate observations electronically, the advantages of stippling have disappeared. Having said that, itâ€™s not my intention to disparage the tremendous skills or efforts of those who continue to employ the technique. What makes Philipâ€™s drawing extra special is that it was his very first effort at stippling!

Visual lunar observation and attending to the detail by means of drawing remains by far the best way of learning your way around the Moonâ€™s surface, so if youâ€™d like help or advice on making lunar observations, do get in touch.