Jim Hysom was a part of the JAS and SPA for many years. He was a major figure in a fast-vanishing breed of telescope makers, and in particular mirror makers. These days, it is so much easier to buy your telescope off the shelf, but in former years anyone who wanted a telescope seriously considered making it themselves. Jim was the man you turned to for advice on making the mirror and indeed his mirrors are still renowned as being of the highest quality. Even what he considered to be a ‘B’ quality mirror was reckoned to be better than those from many other sources.

Jim was one of the founders of Optical Surfaces Ltd, a mirror-making company in Coulsdon, Surrey. This was born in 1962 out of an earlier company, Cox, Hargreaves and Thomson, which made large mirrors for observatories. In 1966, Jim left OS and headed for Luton, where he and his brother Rob started up Astronomical Equipment (Luton) Ltd, with Rob as the engineer making the mountings and Jim as the mirror maker. The high-quality instruments they produced are still in demand. After a move to Harpenden, in the early 1990s Jim relocated to Dry Drayton near Cambridge and concentrated on custom optics.

You can view a video of Jim and Rob Hysom in their Dry Drayton workshop, made by Martin Mobberley, here. The photos below were also kindly supplied by Martin. 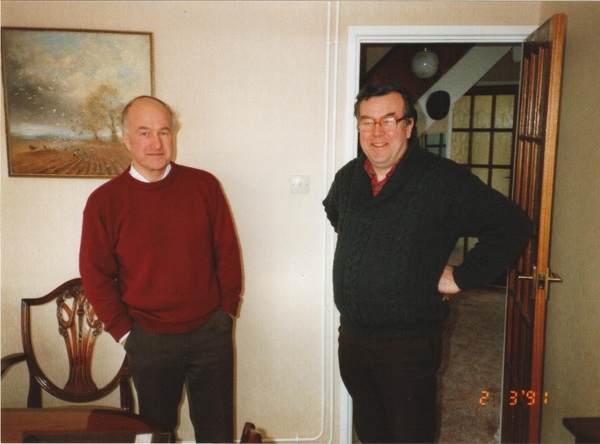 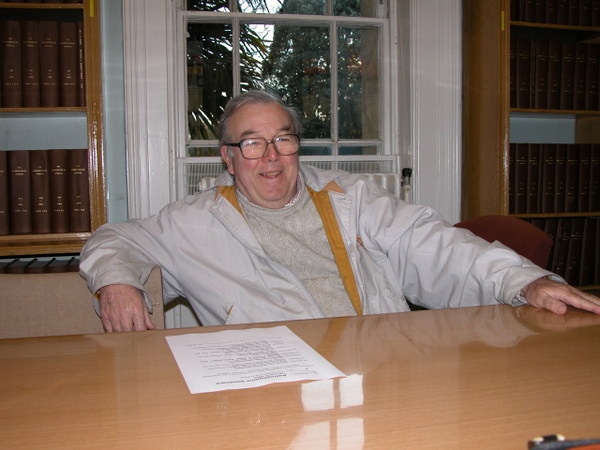 Jim was born in Harpenden, Herts. In 1955, at the age of 21, in common with most other young men at the time, he was required to do National Service and was conscripted into the Army. For much of his two-year stint he served in Gibraltar, in 114 Heavy Anti-Aircraft Artillery. Following this, he went to work for Cox, Hargreaves and Thomson in Coulsdon, Surrey. He married his wife, Jean, in 1958. Following the split with Cox, Hargreaves and Thomson he moved back to his former home town or Harpenden.

Below: At the inauguration by Princess Margaret of the Thornton Telescope at Keele in 1975, with the observatory Director (and former president of the JAS) Dr Ron Maddison (left), and Patrick Moore. 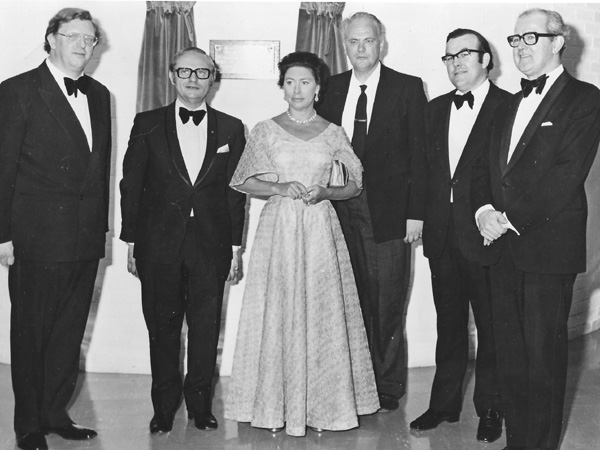 The move of AE Optics to the Cambridge area was the result of the Royal Greenwich Observatory’s own move there, as much of their work was now centred on providing large specialist professional optics. Jim’s sons recall his great patience when working – his motto was “You can’t rush optics.”

Jim Hysom and the JAS/SPA

As early as 1962 Jim was writing articles in the society magazine, then called Hermes (the society was then the Junior Astronomical Society). The articles went under the series name of ‘Telescoptics’. A year later, Jim began a long stint on the society’s Council. In 1967, he and Henry Wildey started the Instrument Advisory Service, and Jim continued in this role until 1990, dispensing advice on mirror making in particular.

Jim was also the Director of the British Astronomical Association’s Instruments and Observing Methods Section, and was at the heart of British amateur astronomy. He was famously an onlooker onto what was referred to as ‘astro-politics’ – the intrigues and skullduggery which affected astronomical societies.

In his retirement Jim maintained his links with the SPA, and was to be found at the society’s Cambridge Conventions in particular until recent years.

Compiled by Robin Scagell, with information and additional photos from Colin Hysom

If you have memories of Jim which you’d like to share here, please email them to robin@popastro.com