This has been a productive month for the Section with 6 members contributing a total of 6 drawings and 37 images.

Michael Kinns made drawings of two open clusters in the constellation of Andromeda, NGC 7686 and NGC 956.

Mark Beveridge sent in a total of 22 images.  Mark had 6 imaging sessions during the month, using either an 80mm f7.5 Skywatcher telescope or a 100mm f9 Skywatcher, a SXR-H814 mono camera and RGB filters.

NGC 7380 is an open cluster with nebulosity in Cepheus, known as the Wizard nebula.  NGC 6888, the Crescent nebula, is in Cygnus.  The central Wolf – Rayet  star is energising material thrown off when it was in the red giant stage, a few hundred thousand years ago.

Also in Cygnus, is the Cocoon nebula, IC 5146, a cluster of magnitude 9.5 stars with emission and reflection nebulosity; the dark nebula Barnard 168 is adjacent and can be seen as a dark band above and to the left of the emission nebula .  The well – known Ring nebula, M57 is a planetary nebula in Lyra.

NGC 7822 is an emision nebula in Cepheus, associated with a cluster of young, hot, stars – one of which is 100,000 times as luminous as our sun.

NGC 281 is also a HII region of emission nebulosity, in Cassiopeia.  This is popularly known as the Pacman nebula, and has the open cluster IC 1590 at its centre.  It also contains several Bok globules, indicative of new star formation.

Mark also imaged NGC 7023, the Iris nebula, a reflection nebula in Cepheus.  Technically NGC 7023 is the open cluster within the nebula LBN 487, which is being lit up by magnitude 7 star SAO 19158.

The so – called Fireworks galaxy NGC 6946 lies on the Cepheus – Cygnus boundary.  It is about 22.5 light years from the Earth, and over a period of sixty years or so nine supernovae have occurred within it – hence the common name.

NGC 7538 is an emission nebula in Cepheus.  It contains an enormous protostar, believed to be about 300 times the size of our solar system.  Edge on galaxy NGC 891 is about 30 million light years from Earth and lies in Andromeda.

The next two images are of M27, the Dumbbell planetary nebula in Vulpecula and M33, the spiral galaxy in Triangulum.

Here we have the Owl planetary nebula M97 and the Pinwheel galaxy, M101, both in Ursa Major.  The Owl is about 8000 years old and is just under a light year across.  M101 is about 21 light years from Earth. These images with the 100mm Skywatcher.

Moving into Cassiopeia, Mark imaged NGC 281, the Pacman nebula once more; this time with the 100mm telescope.

NGC 896 is an emission nebula known as the Heart nebula.  At its centre, the open cluster Melotte 15 contains a few massive stars whose fierce radiation drives the nebula’s intense red HII glow. Mark was unable to obtain RGB data on this occasion, but it a good luminance image in its own right.

Mark’s next image is the Iris nebula NGC 7023, described above, this time with the 100mm telescope.  M81, Bode’s galaxy, is in Ursa Major.

M82 is a starburst galaxy in Ursa Major, activity thought to have been instigated by its interaction with M81.   A type 1a supernova occured in thia galaxy on 21st January last year.

M106 lies in Canes Venatici.  This galaxy is thought have an active supermassive black hole at its centre.  To the right of M106 can be seen a more distant, magnitude 12.5 galaxy, NGC 4248.

Mike Wood made four drawings of Deep Sky objects this month;  NGC 896 is also known as LC 1805 and as the Heart nebula (NGC 896 is the very bright central part of this emission nebula).

The Soul nebula is located close the the Heart nebula in Cassiopeia, both are part of the Perseus arm of the Galaxy.

Mike’s final two drawings are a wide field view of the Heart nebula and a composite sketch of the Sword Handle in Perseus, NGC 869 and NGC 884, which he made by combining three separate sketches. Mike was using a Mewlon 180mm telescope.

Graham Taylor used the Bradford Remote Telescope on the island of Teneriffe to take this image of NGC 253, the Siver Coin galaxy in Sculptor.  The telescope is a Celestron C14 working at f5.3, with a FLI microline 1k x 1k pixel camera. 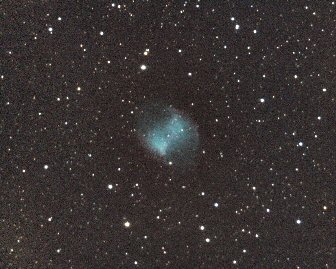 Steve Norrie sent in eleven images, taken over three nights in December.  Steve has an astro – modified Canon 600D DSLR which is attached to a Skywatcher EDR80 telescope.

IC 434 is in Orion.  The Horse Head is a dark nebula situated in front of the bright emission nebula IC 434.  The Flame nebula, NGC 2024, an emission nebula energised by the nearby Eastern most belt star Alnitak, can also be seen in this wide angle image.

The Andromeda galaxy, M31, the nearest spiral galaxy to us.

The next three images are of NGC 7000, the North America nebula in Cygnus,   M101, the Pinwheel galaxy in Ursa Major and M33, the spiral galaxy in Triangulum:

Face – on spiral galaxy M74 is in Pisces, and emission nebula NGC 2237, the Rosette nebula, is in Monoceros; the open cluster at its centre is NGC 2244.  This star forming nebula is about 5,200 light years from us and is about 130 light years across.

The next pair of images are of M81 and M82 in Ursa Major and IC 5070, the Pelican nebula, in Cygnus.  The Pelican nebula is divided from the North America nebula by a dark lane of molecular gas and dust.

M76, the Little Dumbbell Planetary nebula, lies in Perseus.  This is one of the faintest Messier objects at megnitude 10.1, and is about 2,500 light years from us.

M103 is an open cluster in Cassiopeia.  M103 is about 25 million years old, and happens to be one of the most distant known from the Earth at about 9000 light years.