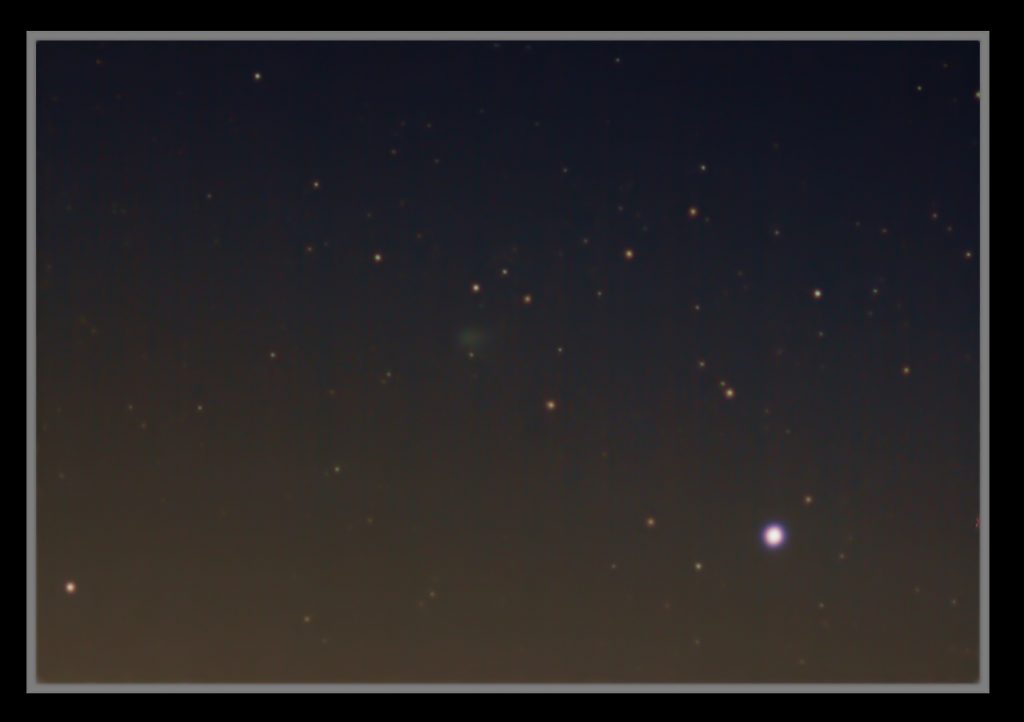 It was perhaps inevitable that Comet SWAN F8 would let us down. After all, we put so much pressure on poor F8 after Comet ATLAS fell apart like a dropped packet of biscuits that anything less than being obvious to the naked eye was going to be a disappointment.

If Comet SWAN had lived up to expectations – or at least the most realistic predictions – it would by now be quite easily visible in binoculars as it heads towards Capella, having drifted through Perseus. However, it has faded and faded until it is now just a smeared-out smudge in long exposure, tracked and stacked photos taken through either telescopes or very long lenses. Visual observers report no central condensation, no detail in its tail, nothing. It seems it has, sadly, “done an ATLAS”.

The image at the top there is the best I managed to get of SWAN. It’s a crop from a processed stack of a couple of dozen images taken with a Canon 700D DSLR tracking the sky on an iOptron tracker. If you haven’t seen or photographed Comet SWAN by now, chances are you’re not going to. Probably a better idea to turn your attention – and your camera, binoculars or telescope – towards Comet PANSTARRS T2 – which is up there in Ursa Major, passing the galaxies M81 and M82. And look ahead to Comet NEOWISE F3 which might…might…be visible through your binoculars in July.